“America only saves the world in Hollywood movies”, thus mocked Arab social media users the current crisis in managing the COVID19 pandemic and social unrest in America. A clashing mixture of fright, enmity, longing, Stockholm syndrome, and civilizational superiority complex has long characterized Arabs’ relationship to the US. In March 2020, and for the first time since World War II, this perception is being challenged as they gloat at it with pity while it crumbles in a rare moment of weakness.

“We can’t wait for the Cafés to reopen to analyse in depth the American crisis”, says another popular meme pointing at how almost every average Joe in the MENA countries has become an expert overnight in US domestic affairs. People from the region are undeniably gazing obsessively at their screens in disbelief as the US empire loses its prestige and world leadership.

While the Arab ruling elites compete for the favours of America, the patron of the unipolar world, populations swing between wrath against what they call “the Great Satan” and a desire to embark on the American Dream and own the precious blue passport 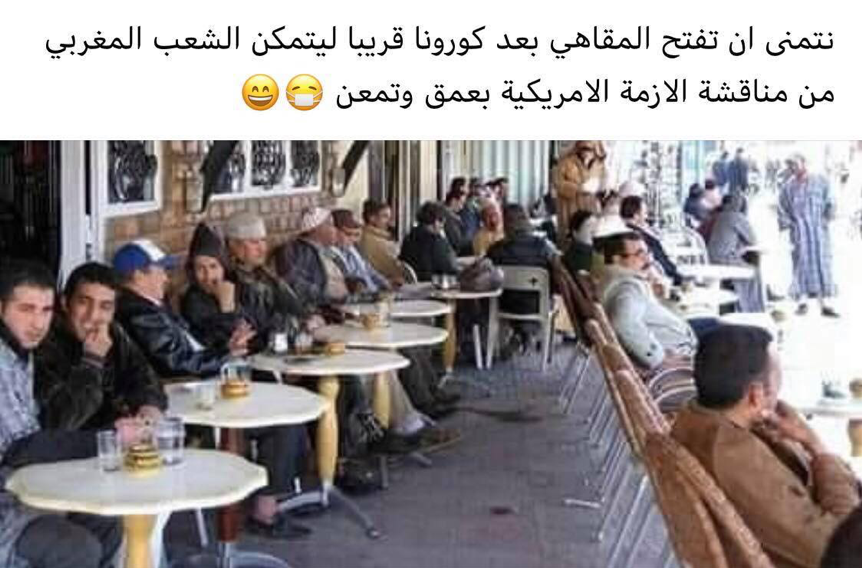 I live three minutes away from the White House, yet often feel less informed about the US news than my peers thousands of kilometres away in MENA. Since the start of the chaos, I receive tens of videos and articles about the US a day from my family and friends around the Arab world with a clear undertone of rejoice. Some tabloids and social media pages even spread fake or old videos of violence and looting, thinking they may speed up their hegemon’s collapse.

Since the start of the chaos in USA, I receive tens of videos and from my family and friends around the Arab world with a clear undertone of rejoice, wishing the collapse of the hegemon

To explain this phenomenon, we should look at America’s foreign policy in the region. For decades, it has been playing a chess game with Middle Eastern regimes and actors, inheriting the colonial legacy of old imperialist powers like the UK and France. The US shamelessly toppled leaders, fuelled conflicts, blackmailed gulf moguls, and orchestrated military invasions to protect its interests when necessary. While the ruling elites compete for the favours of the patron of the unipolar world, populations swing between wrath against what they call “the Great Satan” and desire to embark in the American Dream and own the precious blue passport.

Arab thought has also been tremendously influenced by the classical idea of Cyclical History coined by Ibn Khaldoun in the 14th century. The theory argues that empires similarly to living organisms, are born, mature, prosper, and then decline in an endless historical loop. People from the region can’t help making correlations between the Tunisian sociologist’s claims in his Muqadima and what they think is currently happening in America. They are even, together with the rest of the world, already looking for alternative leadership elsewhere in a country like China.

Arab perception of America is sentimental and distorted from its complex political, economic, and social reality. Power is a symbolic capital that can be tarnished by historical failures like the current one. USA is defeated, at least in Arab imaginaries

The popular Arab perception of America is sentimental and distorted from its complex political, economic, and social reality. Nevertheless, we should remember that power is not only measured in tanks and dollars. It is equally a symbolic capital that can be tarnished by historical failures like this one, and for now the US is being defeated, at least in Arab imaginaries.