"Welcome everyone, it's me, the suspended Arab youth. No job, no opportunities. My vote for 50 liras or a meal given to a tribal leader. We want to leave. Fuck this country" goes the beginning of Synaptik & Shouly's song Blood.

And to naysayers he repeats one dozen times, "What have we taken from you but defeats?"

A generational divide is manifesting itself in the Arab World in politics, activism, human rights and more recently in music. Nowhere is this more evident than in the hip hop industry with new underground acts taking advantage of the label free sphere of Soundcloud and YouTube amongst other platforms to release and market their tracks. Egypt which has traditionally dominated the Arab music scene has produced a number of young musicians including Wegz whose latest song 21 tackles societal issues facing Egyptian youth such as migration with its lyrics "Rome isn't far. The friends are drowning and I am deep below." The Egyptian hip hop scene although vast has witnessed a turnover of artists such as Ali Talibab and more recently Marwan Pablo who announced his retirement from singing. Also in North Africa Tunisian acts such as Douda and Nordo who tackle sensitive topics in their song El 9sem (The Pledge) such as the phenomenon of Tunisians joining ISIS at the peak of their power with their song Gamh (Corn) sung to the tunes of Giyo's "The Harder They Fall" that likely revolves around how the terror group used wheat as a weapon to barter and to starve people. The song's lyrics include the lines "Tell your emir (leader) we are brave men and not his followers. We are the revolutionaries who made the spring." 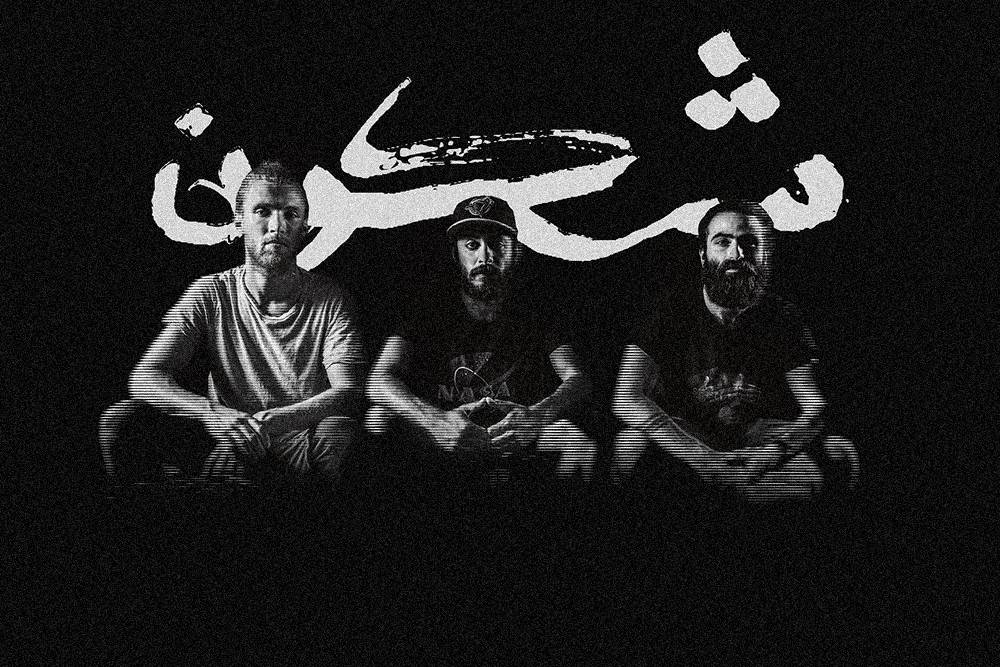 On the Syrian front, a number of acts have emerged including the Berlin based Shkoon who fuse folklore with a mix of traditional and contemporary music. Within the hip hop genre however a popular musician is the Amman based Bu Kolthoum whose name is fusion of the pre-Islamic Arab poet Bin Kulthoum and that of the Egyptian diva Um Kolthoum. Amongst his songs is Nujoum (stars) whose lyrics include the words "The mouths (-pieces) of SANA (the official Syrian Arab News Agency), they are slaves but in their minds they are lords." Jouwana (Inside us), another song by Bo Kolthoum shows him walking with a bottle of Jack Daniels down an empty street and is a plea by a younger generation not to be abandoned; "Don't forget us, your seeds are inside us. We need to be watered" and continues "I'm still a child, on a swing, a child that is still learning, broken off a family tree."

With his signature beard, El-Rass combines Sufi chants "O Lord of the two universes, I came to ask your acceptance" with electronic music such as "Tripoli 97" that discusses disappointment in Lebanon's leaders including Hezbollah and former PM Saad Hariri

Lebanese hip hop is amongst the oldest in the region with bands such as Aks'ser (Wrong Way), performing as early as 1997 and continued with acts such as Rayess Beik who in 2011 remixed the chant of the Arab Spring "The People Want the Downfall of the Regime" in the song Thawra (Revolution) while denouncing sectarian politics in Lebanon. More recently El-Rass [The Head] with his signature beard combines Sufi chants - "O Lord of the two universes, I came to ask your acceptance" - with electronic music such as in the song "Tripoli 97" that discusses disappointments in Lebanon's leadership including Hezbollah and former Prime Minister Saad Hariri. The recent Lebanese uprising has brought to the scene a new generation of artists such as Malikah (Queen) whose song 3am 7arib "I am Fighting" is as much a denouncement of Lebanese politicians as a cry for female empowerment. 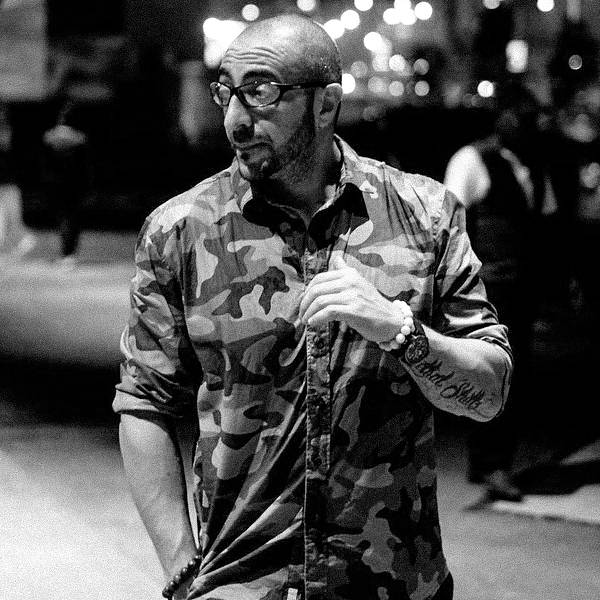 Similarly the recent Iraqi protests gave rise to a number of acts, some of which have been active for years but not as well known, offering an example of cross genre pollination. Ayman Hamid's debuted his Thayl (literally a tail, also used to denote a puppet) song on the popular Basheer TV Show and became an instant hit with its lyrics promising not to retreat in the face of the state's use of lethal force. The 2018 protests in Sudan also inspired Qatar-based Sudanese hip hop artist Sammany to release an instrumental version of a song based on the chants of the demonstrators seeking democracy titled Matalib (Demands). Its words start with "I am not going back, I have demands. Give us a government of civilian rule."

Perhaps nowhere else is this new genre of Arab new hip hop more pronounced than in the Jordanian-Palestinian corridor. The genre is highly active there with Ramallah and Amman being the two nodes with dozens of artists both established and upcoming playing sold out gigs in both cities. Amongst these musicians is the aforementioned Synaptik who has established a fan base for him across the Levant region and into Egypt whose rich musical industry means that outsider artists could face difficulty penetrating the market. The Synptik who graduated with a medical degree has collaborated with numerous artists including Tamer Nafar, a Palestian citizen of Israel, Syria's Bo Kolthoum, Lebanon's El Rass and Egypt's Wegz in a song titled Marijuana. 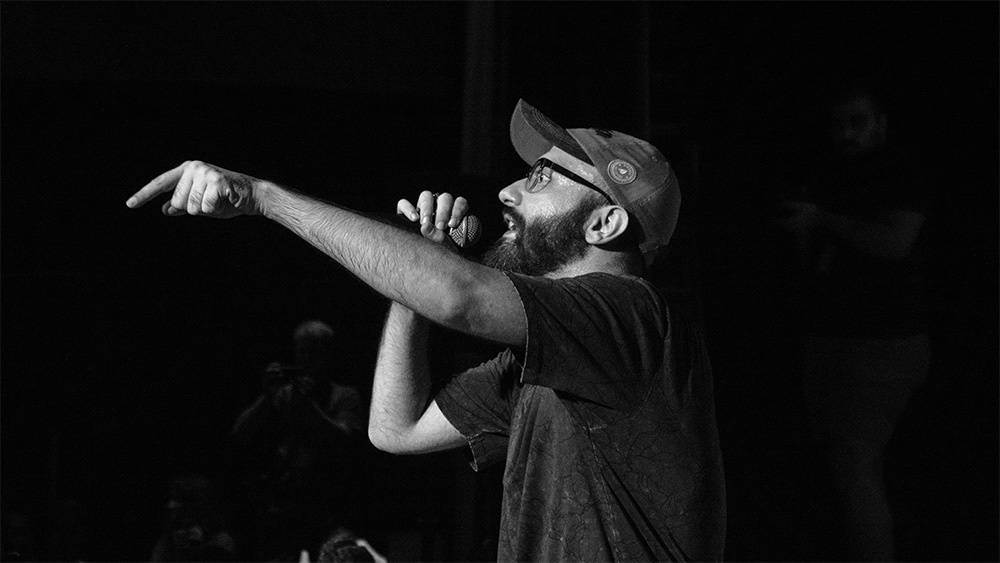 Musicians such as The Synaptik and Shouly initially started singing in English but switched to Arabic language where they found an audience that was interested in having their plight reflected in music. Their music and that of their peers continues to be a fusion of classical and colloquial Arabic, Western and Eastern instruments while maintaining a strong Arabic influence. Chris Hughes a DJ and creative media specialist says "Arabic music has more recently increased in fidelity and tech progressions which has allowed for some crossover influences of the two to be magnified with some great results."

Thanks to platforms including SoundCloud and YouTube, a flourishing Arabic hip hop music scene thrives despite not being played on mainstream channels. The important messages carried will likely continue to evade authorities who prefer traditional subjects

Ramallah based Yusor Hamed adds a sometimes missing romantic edge to the hip hop scene through her numerous collaborations with the likes of Dodix with whom she sang "About Yesterday" whose lyrics go "He is searching for a lighthearted girl while she seeks a serious man." Yusor, who writes her own lyrics, tells me: "Sometimes collaborations are mere coincidences. You could be listening to someone's work and you like it so you reach out and vice versa. There is no systemic way to collaborate. It depends on the flexibility of the other person and their willingness to collaborate." Yusor who studied Arabic Music at the Edward Said National Conservatory of Music​ laments the lack of structure in the hip hop scene. "We share our production through our own platforms without an agent which has its upsides and downsides. It can take a long time to reach the audience."

While diverse in range of topics and styles these new Arab acts have a number of common features. Most of these musicians write their own music or collaborate in the writing process, unlike mainstream Arabic singers. Another element is that these new acts often sing in opposition to authority unlike mainstream singers who make their livelihood from maintaining good relations with various Arab governments and oftentimes praise them in their songs. These acts also collaborate with each other, releasing songs together and lend voices to each other thereby creating a spirit of camaraderie that is missing from other artistic fields.

As with other genres in the Arab world, the hiphop industry is in much need of support. There are few or no scholarship opportunities, the genre is not taught in schools and is still regarded as taboo by many. New Arab hip hop songs are not aired on state controlled television channels nor on most radio stations in the region. The important messages they carry will likely continue to evade authorities who prefer more pliant musicians who would sing about traditional subjects like romance and more recently patriotism. "The challenges are that this is not the mainstream scene, it's not the kind of music people expect" says Yusor "The kind of audience differs and is smaller (than the mainstream music scene). It is also freelance work based on the equipment we have, there is no market for us to sell. We are simply demonstrating what we can offer."

These challenges however have not stood in the way of what is a flourishing Arab hip hop music scene which continues to thrive thanks to platforms including SoundCloud, YouTube and independent radio stations that have popped up in the past few years such as Al Hara from Palestine, Al Shams from Amman and Al Houma from Tunisia. According to Yusor, "the hip hop scene has taken a leap but has yet to mature. There is randomness and momentum in production but there is no maturity yet. I believe it will need time before it has clear features."

Corona Memoires: We All Need an Elie Saab Dress