I heard the chains before I saw them enter. Four teenage boys shackled together by the wrists and ankles shuffled into the defendants’ box in the small courtroom. One of them, Ahmed*, looked particularly young, as he stood on tiptoes to try and see over the edge of the box. He was accused of throwing a stone, a charge he denies, and was waiting to hear the verdict from the Military Court.

The boys’ short trials – at most five minutes each - were held entirely in Hebrew, with a soldier occasionally translating the odd word into Arabic for them. The boys looked scared and confused as they awaited their fate. They kept trying to speak to their lawyers, but this was not allowed.

I was at Ofer Military Court in the West Bank in February, watching the trials of Palestinian civilians by Israeli military judges. This court system does not apply to Israeli children who are instead governed by civil law – as is the case for most children around the world.

When Ahmed’s time came, it was decided that there was additional evidence to bring, so he would need a re-trial. Ahmed looked desperately at his father, Munther*, who was sitting next to me, as he was chained-up and taken back to prison. Munther was handed an information sheet in Hebrew that he could not read. As he was leaving, Munther said that he felt like he was abandoning his son: ‘I just don’t know how to help him.’ 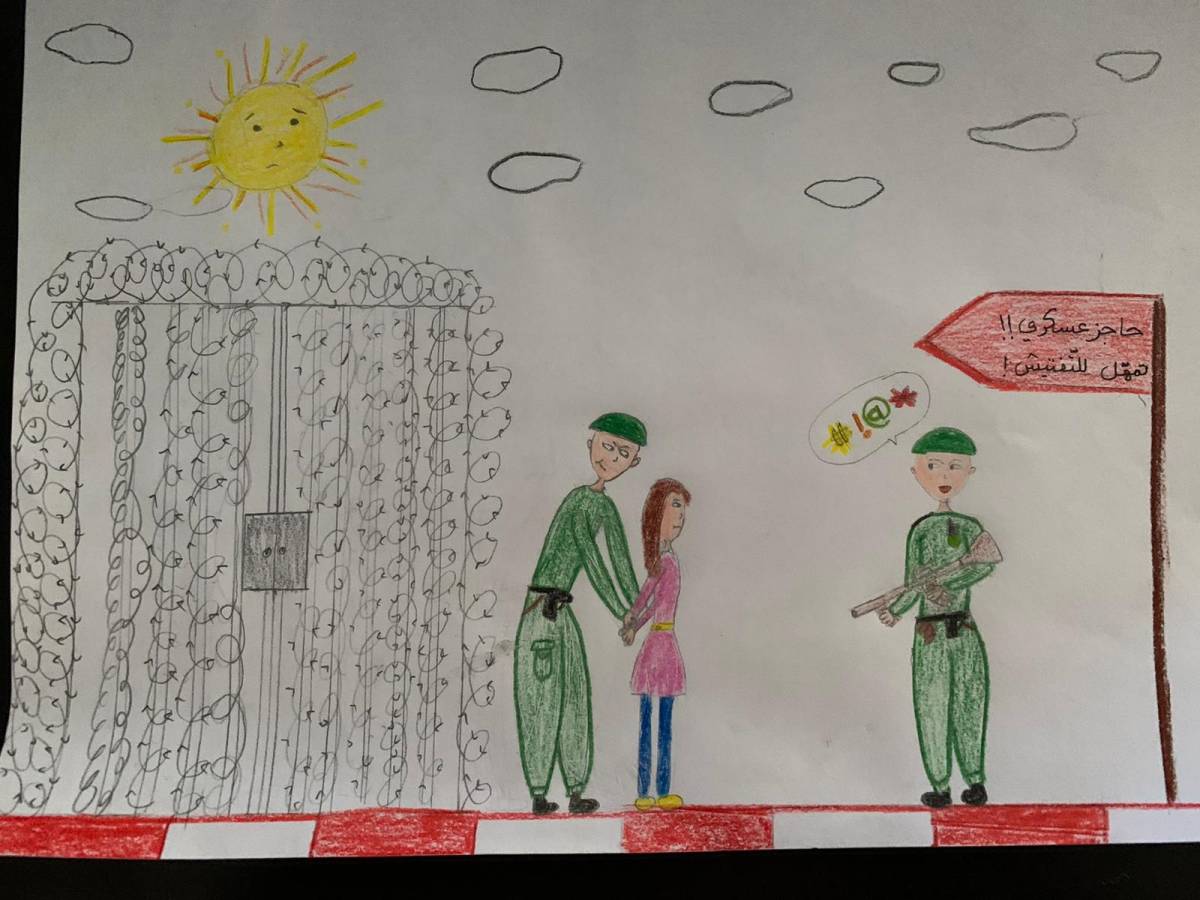 Each year approximately 500-700 Palestinian children are detained and prosecuted in the Israeli military court system. The most common charge is stone throwing, for which the maximum sentence is 20 years. Currently, more than 190 Palestinian children remain in detention in Israeli prisons, the majority of whom, like Ahmed, are in pre-trial detention and have not been convicted of any offence. This is despite calls by the United Nations to release them before the Coronavirus spreads.

Former child detainees have told us that the conditions in which they are held in Israeli prisons are horrific, with overcrowded cells, few available sanitary products and almost no access to medical assistance.

Currently, more than 190 Palestinian children remain in detention in Israeli prisons, the majority of whom, like Ahmed, are in pre-trial detention and have not been convicted of any offence. This is despite calls by the United Nations to release them before the Coronavirus spreads

Loai*, 18, was released at the end of April 2020 after three months in jail. He was 17 when he was incarcerated and shared his cell with five other children. When the Coronavirus pandemic started, he says that the children were not informed: ‘We weren’t told anything about how to keep ourselves safe from coronavirus, such as how it’s important to wash our hands.’ But the prison’s rules changed: ‘Now, children are only allowed out for an hour each day.’

‘Throughout (my detention), the prison guards disinfected the facilities twice only. They disinfected the showers, the stairs, and the corridor. They did not disinfect our cells, not even once. They gave us a bottle of disinfectant that lasted about 15 days, and they never gave us more after it ran out,’ says Loai.

Heba* was arrested when she was only 14 and was detained for eight months. Three years later, she is now preparing for her school exams but vividly remembers her time in prison. 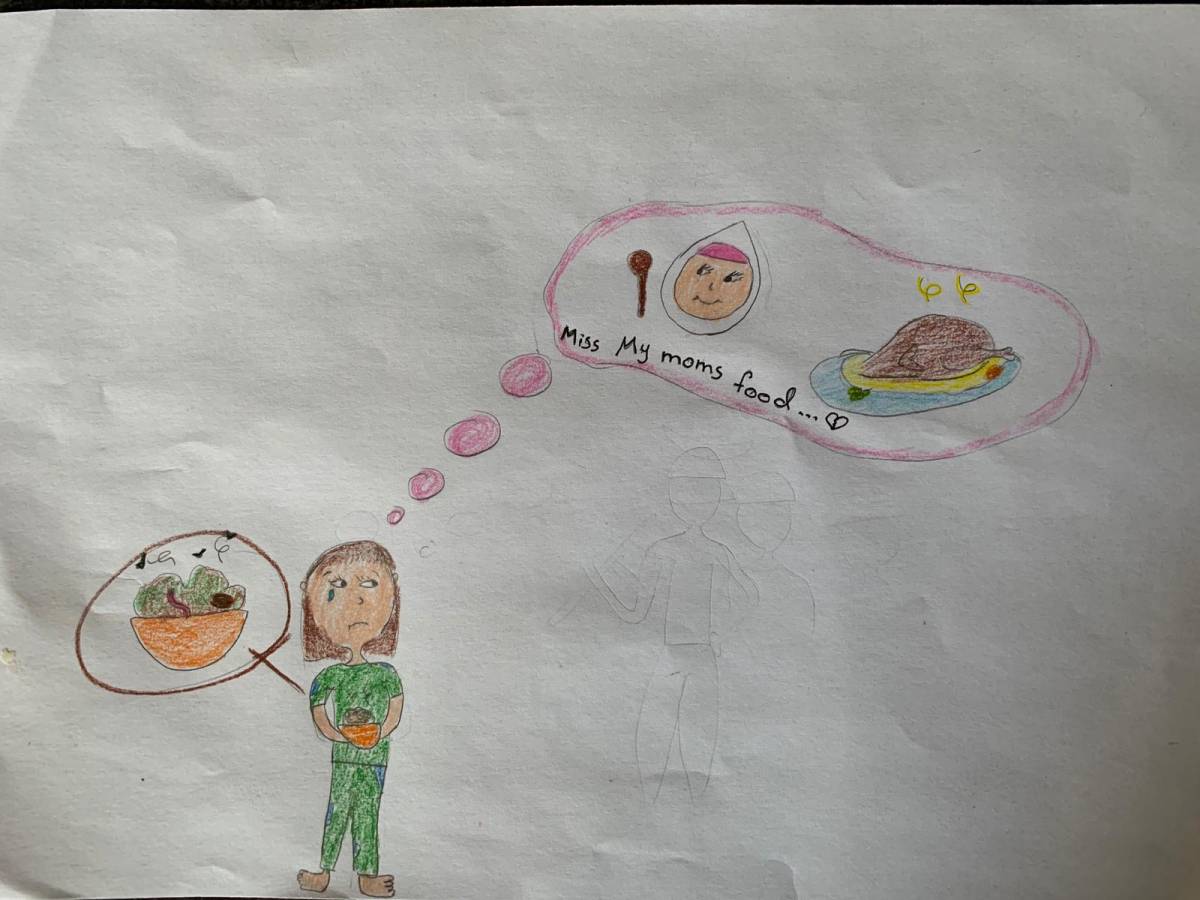 ‘We were five girls in one room; the eldest was 17 years old, and I was the youngest. The prison cells barely fit two people, we could not move around in them. There was a toilet with no door. Cockroaches swarmed everywhere in the summer. There was no window for ventilation, and the room was very dark.’ Heba and her fellow detainees were not provided with any sanitary products and had to buy them themselves. ‘Water was barely drinkable. It was white, and the chlorine smell in it was really strong.’

‘The food wasn’t fit for humans. For example, when they gave us chicken once a week, it still had its feathers on it and wasn’t properly cooked, with blood inside,’ she says. But the toughest part was limited family visits. ‘My parents were allowed to visit me three times only during my eight-month detention.’

Since the Coronavirus pandemic, visitation rights have been suspended by the Israeli authorities, and families have been unable to visit the 194 children who remain in detention. According to the current rules, the children can make a 10-minute phone call to their family every two weeks, but in practice most of them only get to speak with their families once a month. The toll prolonged isolation has on their wellbeing cannot be overstated.

Palestinian children detained in Israeli prisons are enduring the precise conditions health experts have warned against in the fight against coronavirus. In addition to posing a huge risk to their health and potentially undermining efforts to contain the spread of the virus

Alaa*, 17, echoes Loai and Heba when recalling his six months in jail: ‘We tried to clean and disinfect the place every day, but then the guards would enter our rooms with their dirty boots and dogs about five times a day. Phone calls to my parents were not allowed. I was really frustrated and in desperate need to contact my mum, dad, and siblings.’

Palestinian children detained in Israeli prisons are enduring the precise conditions health experts have warned against in the fight against coronavirus. In addition to posing a huge risk to their health and potentially undermining efforts to contain the spread of the virus, I cannot help but think of all the children I met who are stuck in limbo - cut-off from their families, unaware of what their future will hold or even when their cases might be heard.

We cannot afford to abandon Ahmed and others like him. There is still a window of opportunity to bring these children home – to protect their right to health, control the outbreak and avoid further suffering.

Save the Children is calling for the immediate release of all Palestinian children who can safely return to their families and communities. Israeli authorities should place a moratorium on new admissions and safeguard the rights of children who remain in detention and protect them from violence, abuse and exploitation.

Palestinian Workers in Israel, Migrant Labour in Their Own Lands

The Samaritans: the Unaltered Religion of the People of Israel

"They were subjected to all forms of torture"... The Systemic Jailing of Syrian Children