Following Iran’s admission of shooting down a Ukrainian airliner, students at Amirkabir University in Tehran took to the streets chanting against Ali Khamenei, the Supreme Leader of the Iranian Revolution. Protests soon spread across the city where portraits of Qasem Soleimani – the Quds’ Force commander – were torn up by angry crowds.

The deterioration of the economic reality brought about by the regime has taken its toll on the Iranian people. In addition to restricting civil liberties, the regime has exhausted the country’s economic and political capacities by focusing on ideological agendas in the region, at the expense of Iranians’ needs. 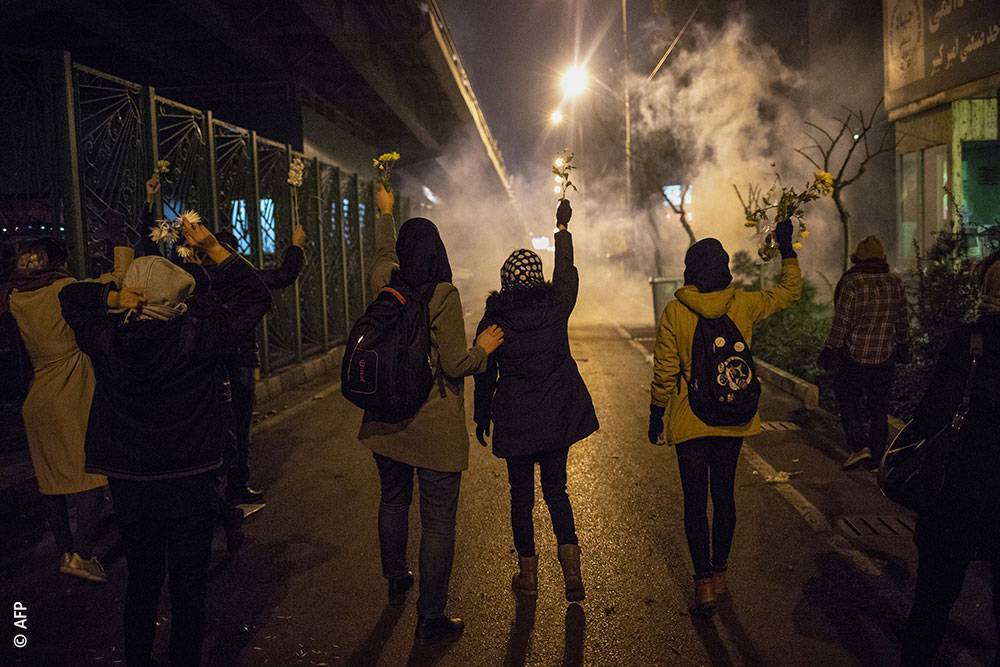 As the military was mobilized in preparation of a possible US response to Iran’s attack on the Ain Al-Assad base in Iraq, Iran has, in a morose irony, ended up killing more Iranians than its enemies when it downed a passenger jet – later stating that it was mistake.

The latest protests in Iran are significant. The underlying message of the protesters is that by punishing the US the Iranian regime is killing Iranians.

Iranian actress Mahnaz Afshar called on Soleimani’s daughter, Zeinab - who had demanded revenge for the killing of her father - to renounce her words because revenge had turned against the Iranians. Afshar tweeted, “Drop the gun and join the mourning of people who gave up revenge and held condolences instead.”

The Iranian Revolutionary Guards and the leader of the Islamic Republic will not admit to the Iranian people the grave consequences that have come from their exploitation of power and expansionism in the region.

In Iran, the elected president is powerless, the clerics speak in the name of God. And the Revolutionary Guards control the economy and the military and the people are hungry. When will this change?

Meanwhile, the leaders of the Green Movement, Mir Hossein Mousavi and Mehdi Karroubi, are under house arrest, with the latter calling on Iran’s leader, Ali Khamenei, to step down. 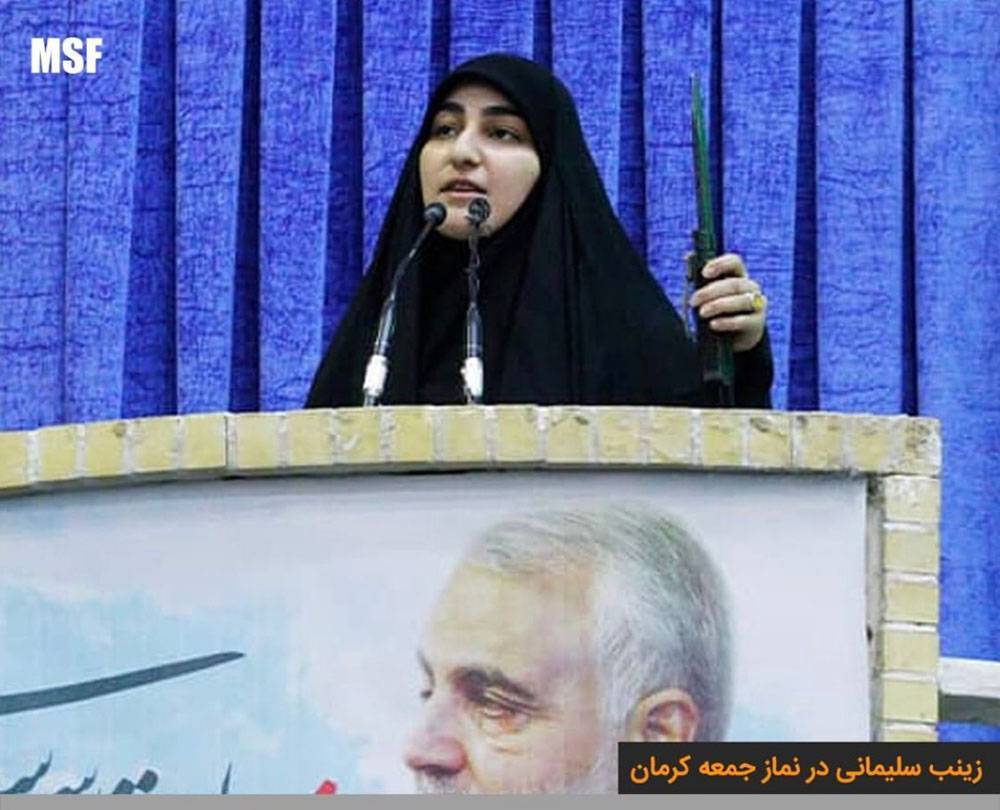 In Iran, the elected president is powerless while the clerics speak in the name of God. The Revolutionary Guards control the economy and the military.

Indeed, in a poignant picture captured at Soleimani's funeral showing Khamenei and Ismail Qani, Soleimani’s successor in the leadership of the 'Quds Force', among others, the Iranian president Hasan Rouhani was the only person who did not appear to be crying (or at least pretending to cry), instead looking remarkably awake and poker-faced – in a poignant reflection of an expression which presidents of Iran have repeatedly displayed since the election of Mohammad Khatami in 1997. 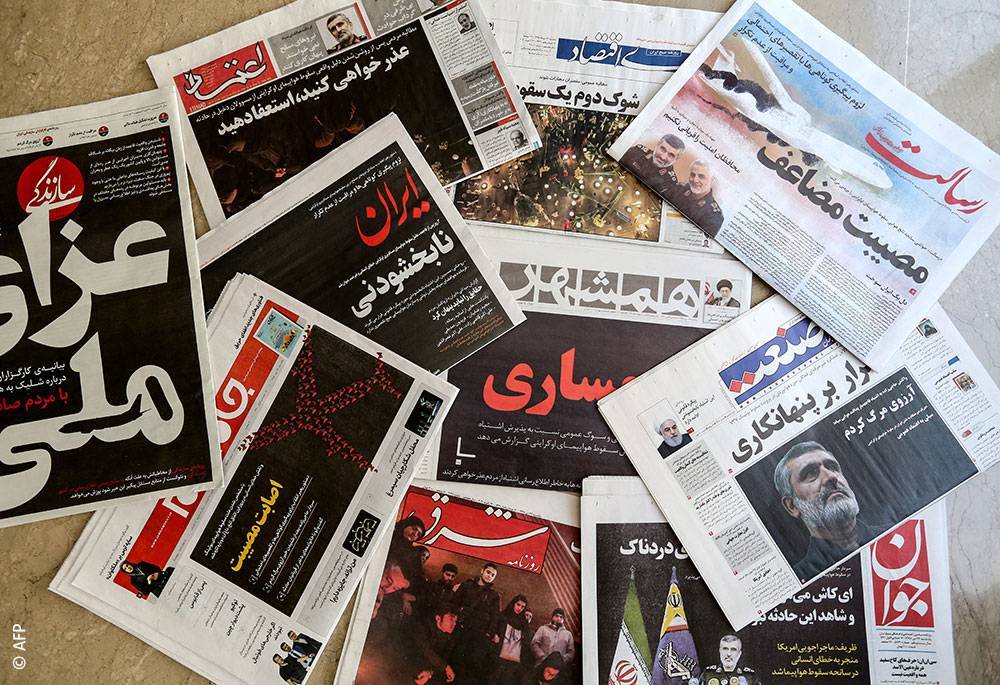 The leader of the regime - also called the Islamic Legal Guardian, the Guardian of the Islamic Jurists, the Leader of the Islamic Revolution, or simply the Leader - Khamenei was elected in 1989 by the Assembly of Experts, which consists of a group of clerics. The current president, Rouhani, is the fourth president under the leader’s reign. While the president is elected, the Guardian of the Islamic Jurists is appointed by the assembly for life. President Mahmoud Ahmadinejad, however, rebelled against his spiritual father Khamenei as he saw that his legitimacy was based on votes, whereas Khamenei’s was blessed by God. Ahmadinejad’s change in loyalty was hardly on display while he was in power and was only revealed when he lost in an election.

The system of Wilayat al-Faqih ('Guardianship of the Jurist') is disengaged from social movements and cannot comprehend their dynamics. The regime used the killing of Soleimani to organize public parades, with a complete disregard for the suffering of the people – be it from repression or the regime’s foreign policy, which has brought about an economic blockade against the country. So too does the regime fail to understand that the Iraqi people’s uprising against the Baghdad government and demand for Iran’s exit from the country is driven by a determination of the people and it will continue until the demands of the people are met, sooner or later.

The fundamental issue in Iran is that its regime is locked into its own ideology of revolution, and cannot understand anything lying outside of that framework. It therefore fails to acknowledge and accept movements that do not fall within its own terms of “Islamic Revolution” ideology. Outside of these pre-framed ideologies are people, individuals, persons. These movements are led by ordinary people who seek a better life, both for those in Iran and in the surrounding countries that Tehran boasts it controls.

People cannot eat holy books to satiate the hunger in their stomachs. Books such as “Tahrir al-Wasilah” by Ayatollah Khomeini, or Khamenei’s “Ajwibat ul-Istifta'at” will not quench thirst. People need to be fed before they can be used in war.

People cannot eat holy books to satiate the hunger in their stomachs. Books such as “Tahrir al-Wasilah” (Exegesis of the Means of Salvation), by Ayatollah Khomeini, or Khamenei’s “Ajwibat ul-Istifta'at”, (Replies to the Inquiries about the Practical Laws of Islam) will not fill bellies. People need to be fed before they can be used in war. 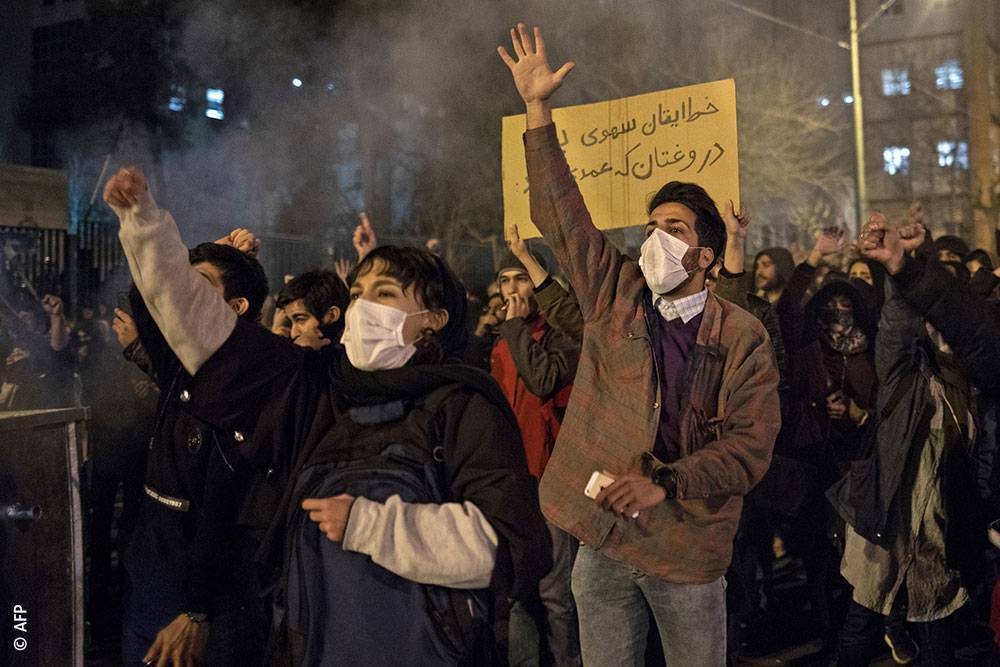 Khamenei, however, continues to revel in his role of 'leader', ignoring the collapse of the currency and inflation caused by the economic sanctions imposed on Iran, and the economic suffering of the people of Iraq next door who failed to benefit from their vast oil reserves. Instead, Khamenei seeks to exploit the Shia people of the region for the return of the Mahdi (the 'Guided One' prophesized to come to earth towards the end of times). Both Khomeini and Khamenei, however, did not wait for the return of Mahdi and instead went ahead with establishing an Islamic state, themselves.

On the other side of the world, Donald Trump believes that his tweets can create social change in the Middle East. Social movements, however, take place at their own pace and according to their own specific dimensions – not according to Trump’s promises, advice or personal interests.

The US does not want to accept that its own failures in the Middle East have led people to believe that Washington cannot be trusted. The people of Iran are rising up, like the people of Iraq did, without any expectations from a president who is haunted by the question of who 'foots the bill' – including his closest allies.

A president who protects killers in the Middle East cannot be trusted to protect victims in other countries. Similar to how he handled North Korea, Trump wants to negotiate with Iran. He is not concerned with anyone's freedom, and trusting Trump is no different to trusting the regime.

Recep Tayyib Erdogan expected Trump to fail his Kurdish allies and that is precisely what happened. Backed by local militias, the Turkish response was aggressive. Mohammed bin Salman ordered the killing of a Saudi journalist. Trump demanded a price for his silence and Mohammed bin Salman carried on as before. Trump has allied with deadly dictators in the region, and the people rising up against the Wilayat al-Faqih in Iran, Iraq and Lebanon are calling for their rights and interests, not Trump’s.

The proud master of the White House has helped save corrupt world leaders. He blackmails the corrupt leaders of the Middle East at a time when the people of Iran are calling for freedom and demanding economic stability. They are rebelling against the results of US policy, which helped hand the Kurds of Syria to Turkey, and Syria to Russia, just as they handed Iraq to Iran beforehand.

Protestors in Isfahan have recently started a slogan which states that both the current Iranian leader and the Shah are tyrants and unwanted. This importance of this slogan is that it comes in response to certain agendas which promote the previous royal regime, which the people in 1979 also rebelled against. The previous reformist leader, Mir Hossein Mousavi, who is under house arrest, has even likened Khamenei to the previous Shah of Iran.

This is the Islamic tyranny that many had warned against, best explained by the popular slogan in Iran “Down with the dictator.”

Economic Alliances With Russia, China and Iran, Nasrallah Proposal For A Brighter Future

Somewhere Between Boston and the Nile

Arabs in Concentration Camps: The Forgotten Victims of Nazi Germany