The political blocs responsible for nominating a prime minister continue to do what the resigned prime minister, Adel Abdul Mahdi, did when he delayed submitting his resignation before demonstrations forced him to do so and after the intervention of top Shiite cleric Ali al-Sistani's intervention, the cost of dallying was hundreds of lives.

These blocs are busy with issues that seem quite far from what is happening on the ground, without taking serious steps to save themselves as well as to save Iraq. As if more blood needs to be shed before the consequences of not dealing with matters in a real and serious way and to present concessions that are not subject to multiple interpretations to the protestors.

The ball is now in the court of the Binaa alliance, an alliance made up of a number of blocs, which have a unified authoritarian approach and includes some Sunni groups which entered it hesitantly. The main pillars of the alliance are two main blocs: there is the Fatah bloc which is led by the head of the Badr organization and number one man in the Popular mobilization forces, Hadi al-Amiri, and there is the State of Law coalition headed by Nuri al-Maliki, the former prime minister. During his term, ISIS occupied large parts of Iraq and he is considered the most controversial person in political circles. 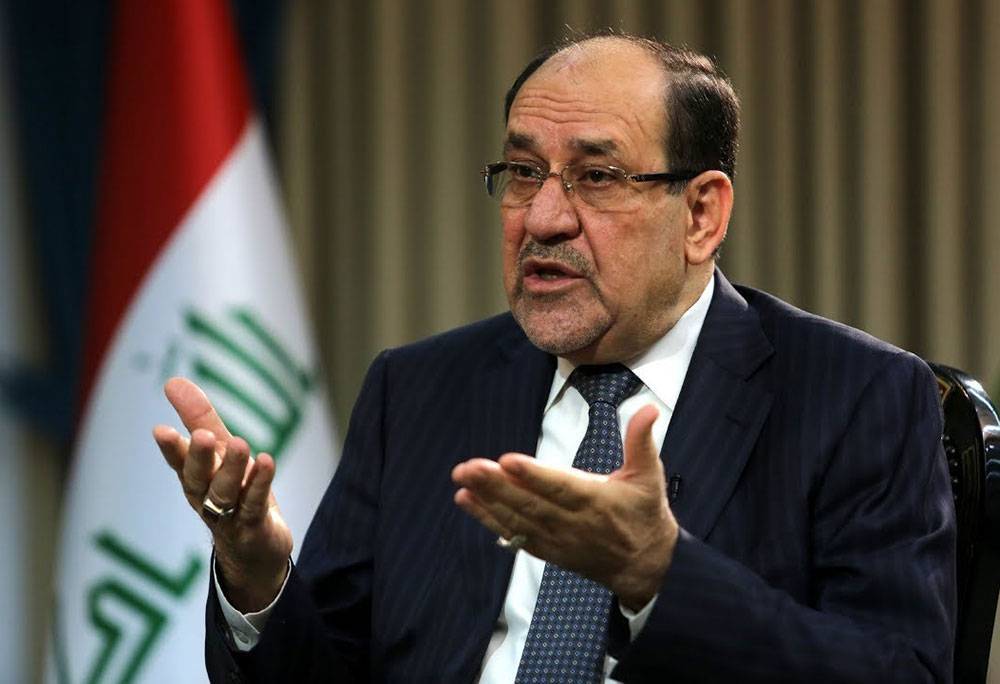 The coalition’s name “Al Binaa” (construction) represents in one way or another an Iranian "urban" mobilization campaign that appeared in 1980 and later turned into a ministry, and was dubbed "Sazandji jihad" (construction jihad)

In theory, the former prime minister, Adel Abdul-Mahdi, was close to al-Fath. However, the uprising among political groups in the search for his successor takes us to the legal state specifically, that is, to Nuri al-Maliki. And the last names nominated for prime minister, namely Muhammad Shi'a Al-Sudani and Qusay Al-Suhail, are just two fronts for Al-Maliki himself, which raises big questions about the political orientation of the so-called Binaa alliance. 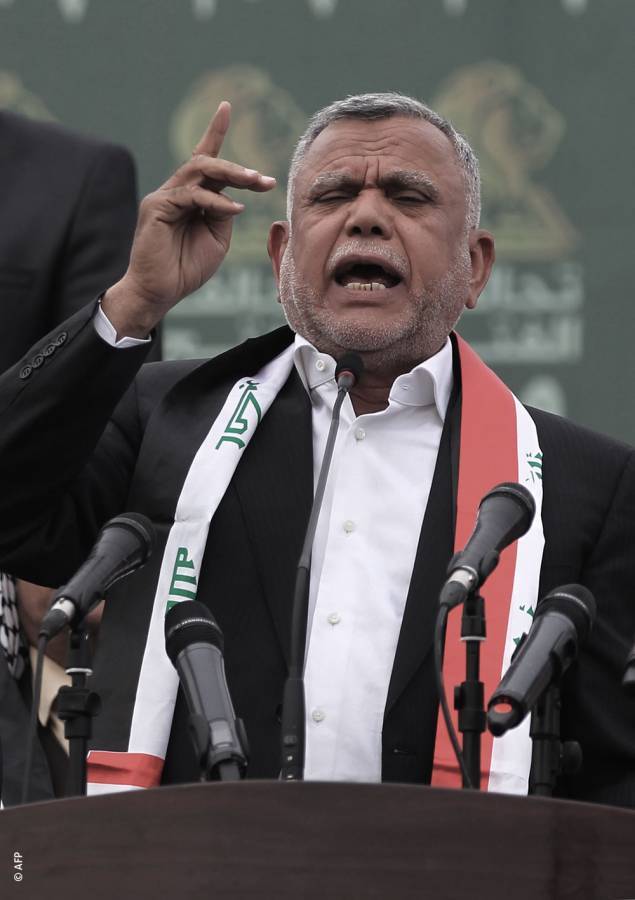 Muhammad Kawtharani, a prominent Hezbollah leader who visited Iraq to meet political allies, was asked, according to insiders to give Nuri al-Maliki a new opportunity as the only person confronting the “others”. The “others” of course here means Saudi Arabia, the United States and Israel.

From the point of view of the Iran axis, the protests are a plot that aims at undermining the “axis of resistance”. Since al-Maliki is unable to return to the forefront, the return is through a weak person allied to him through whom he can manage the defense of the "axis". This explains the incomprehensible insistence of the Binaa alliance on the appointment of Al Sudani and Al Suhail.

But this is not the only explanation not is it the full explanation. There is another aspect that must be touched upon to understand the mentality of the leaders in Iraq. Maliki's political doctrine, and in one way or another the beliefs of close allies, is based on the fact that responding to the street’s demands means giving way to more demands, as it is a process of enticement.

I remember here in 2011 with the start of the February demonstrations. The demand at the beginning was to dismiss the governor of Baghdad and the head of its provincial council only, before it expanded to include the prime minister himself who then was Maliki. But the latter told those close to him that any compromise now, and the dismissal of any official, means that the demonstrations will demand more and expect success.

This strategy is certainly present in the mindset of ruling politicians, and I think their belief is that compromise means continuous losses. Which reflects to a large extent Maliki's dry, near-inflexible tribal character.

#Iraq's leaders have a peculiar mentality: #Maliki's political doctrine, and in one way or another the beliefs of his close allies, assumes that responding to the street’s demands means giving way to even more demands, as it is a process of enticement.

#Iraq's politicians do not understand the people. Rather, they are not of the people. Living in their own circle flush with money, influence and arms, they aren't aware of revolting masses and as images of the young protestors reveal, they sneer at death

Moving back to #Iraq from abroad without going through society is a major corruptor and a trap, in which most of the ruling groups have fallen. Even those living inside Iraq, they left their communities to the corridors of power oblivious to urban life.

There is also a third explanation, which presents another angle for understanding what is going on in political circles, which is that they are completely separated from societal reality. They are groups that dally and use time to manipulate people, by providing names that take into account that there is an uprising in the vicinity of the Green Zone and that they are separated from reality by an ocean of misunderstandings even though in terms of proximity there is nothing separating them from the uprising except a river and a bridge.

The problem with these groups is that they do not understand the people. Rather, they cannot be described as being of the people. They live in their own circle filled with money, influence and weapons and are not aware that there are parts of the population revolting and as images of the young protestors revealed they sneer at death.

In 2003, a friend of mine, a leader of the Dawa party, who came from outside the country asked me about the location of the Husseiniya area in Baghdad! This politician and many others left the country because of the oppression of Saddam Hussein's regime, and when they returned, they did not return to the people, but to ivory towers.  The Green Zone is the most expressive and clear symbol of those isolated edifices from which a politician does not hear a people, and an official does not realize how a nation thinks and what is happening among its ranks.

Moving directly back to the country from abroad without going through society was and still is a major corruptor and a trap, in which most of the ruling groups have fallen. Even those living inside Iraq, they left their community to the corridors of power without keeping pace with the developments that occurred in the past 16 years.

Naturally, officials do not understand their society. Perhaps the tok tok is the supreme expression of the divide between the people and politicians. All politicians own 4 x 4s and a chorus from the Rubaiyat (begging the pardon of Omar Khayyam) right be an impoverished community and young people who graduated from their college halls to a difficult reality without work and without money. There are tens of thousands of families who used to live in the slums, from which they were removed the same happened to the peddler’s tents of those who made a living from the pavements and were destroyed by the government of Adel Abdul Mahdi.

To those that live under the poverty line, the Tok-Tok is a reflection of their lives. A vehicle that is neither a car nor a motorbike, it’s not for show like a motorbike or a quad bike, it’s a small machine midst the dominant big ones.

This dire poverty was not understood by Iraq’s politicians. They did not pay attention to it. They thought that Iran would remain strong enough to protect them, and that religion is an eternal cover that will prevent them from the cries of pain unleashed by a people whose bodies have been wounded by explosives, ISIS battles and the poverty and reckless disregard by the authorities the pain and misery of which was no less significant than the damage wrought by Al-Zarqawi and Al-Baghdadi.

But there isn’t only poverty there are young people in the middle of it. They educated themselves, became aware, learned, tried, explored the vast world, they wanted their chance to have their experience but they were powerless. The uprising came to express their will.

These poor people or those who rose up in the midst of poverty are the majority of those who boycotted the 2018 elections, boycotting them by not only abstaining at the time but a large part of them boycotted them by prior decision, with will and action. It is the most important boycott in post-Saddam Iraq.

However, the rulers have not yet understood this. Within about a month, their voices rise, rejecting any options that do not equal the size of the uprising and the blood that was shed. During the same period, political decision-makers have been using the same tools, killing and terrorizing and maiming and then after the position of premier was vacant they put forward names and they were names that resembled each other either they were weak individuals that Nuri al-Maliki or others stood behind or fellow looters. This despite the fact that the street had proclaimed No! And crossed out image after image of the candidates.

The protesters waived the demand for an urgent overthrow of the government, and were satisfied that they would run the country for a transitional period before early elections, of someone with qualifications they would be happy with... However, the rulers did not understand the opportunity, they thought that manipulation was possible, and they believed that they could put up a name it would become a reality until the demonstrations ended in boredom or that the people would get bored and demand that the demonstrators return to their homes and break up the sit-in and open up the squares.

The best thing about this is that the position of the President of the Republic, Barham Salih, seemed good. The available information indicates that he really does not want a candidate from the large block or small blocks except in line with the demands of the protesters. There are those who talk about an altercation between him and the leader of the Al-Fatah bloc and the Popular mobilization forces Hadi al-Amiri after Saleh refused to name Qusay al-Suhail as candidate for prime minister. But I fear that this leaked information will be part of the politicians' game itself, so that in the end they appoint an unexpected person, so the president himself is part of the game.

What the political groups insisting on their position do not realize with the uprising is insisting on a reasonable amount change, that the alternative will be devastating to them greatly if it is not rushed. There are possibilities of the Iraqi issue being internationalized and recoursing to Chapter VII of the Charter of the United Nations, and then the country returns to what it had got rid of in 2003, UN procedures and the possibility of foreign intervention, as well as the possibility of the country devolving into a more violent conflict zone.

I do not think that the rulers are well aware of the danger, and they still see those on the street as part of a conspiracy carried out by children who can be controlled.

Al-Sistani, A Shia Guru For All Seasons

What Would Ancient Egyptian Music Sound Like, If We Could Hear It?