Men don’t consider them “real men” and girls avoid relationships with them due to a large number of women around them. This is how Egyptian society regards young men working as models.

Mohamed Tarek entered the modelling world seven years ago, when he met a girl by chance at a cafe “She told me she was a model and that I looked attractive and that I dressed well” he recounts.

Tarek (27) is from North Sinai, his father is a wood trader and has a carpentry workshop and naturally refused that his son would work as a model he said: “we don’t do that sort of thing, it’s wrong and shameful and it is forbidden by religion for you to reveal your body - fear for your soul” 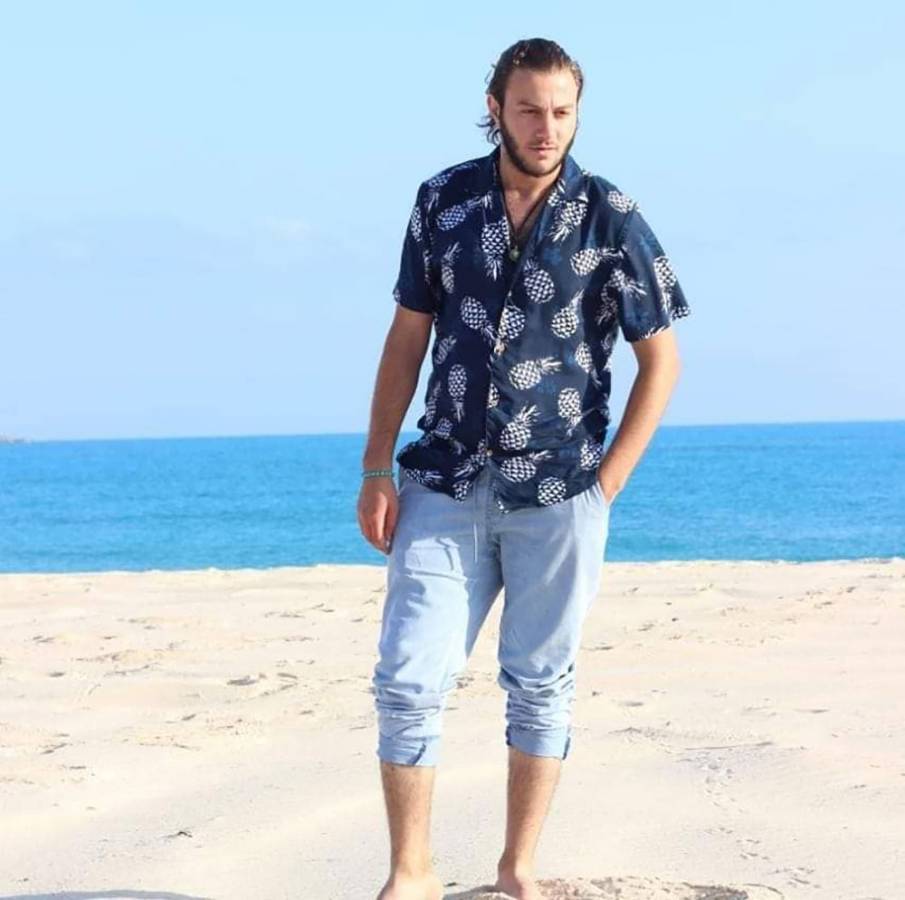 The young man waited until he had graduated with a bachelors’ degree in business from Ain Shams University and had become independent he now lives in Maadi (an upper-class neighbourhood in South Cairo) and is independent and self-sufficient.

Tarek began to work as a model and rose in the ranks until he came to work with one of the biggest advertising companies in Egypt and can now choose the clothes that he models. He has also worked as assistant director on three ads. As for the specifications required of those in his field, he says “Ads require all sorts of people, from a guy with big ears to a very stylish sort of fellow”

Tarek loves his work. “My friends love the idea of it and many people are envious of our work.”

He still adheres to some traditional values, he refuses to model swimsuits. “I can’t wear something scandalous” but despite that, his work cost him his relationship with his fiancee. “she got angry because I was in contact with a lot of girls, I have to go out with girls to maintain professional relationships, they are very important so I can progress in my career. My fiancee’s family were hoping I would change careers.

Tarek is a successful male model in Cairo, now occasionally directing ads himself. Tarek says his fiancee left him because he is often working with women around him, and admits that swimsuit modelling is off limits for him.

Dr Anwar Hegab, a professor of psychology at Ain Shams says Egyptian culture does not accept male models and considers them effeminate, religious heritage and the interpretation play an important role in the formation of this view.

Dr. Said Sadek, a professor of sociology at the American University in Cairo, explains that some girls refuse to enter into a relationship with a man working as a fashion model because they are "imbued with the patriarchal male culture of society” pointing out that these men are often what is referred to in social sciences as a "Metrosexual" or a man who spends a great deal of his time and money on his appearance, which our society believes should only be the concern of girls alone.

Sadik added that the acceptance of male models varies in different Arab societies in accordance with the cultural and social progressiveness of each society and that though patriarchal ideals are predominant, the perception of models has begun to change gradually, and many have begun to realize the importance of fashion.

Mohamed Alam, 27, graduated from the Faculty of Information Systems and comes from a well to do family in Cairo. His father was a manager at Telecom Egypt. 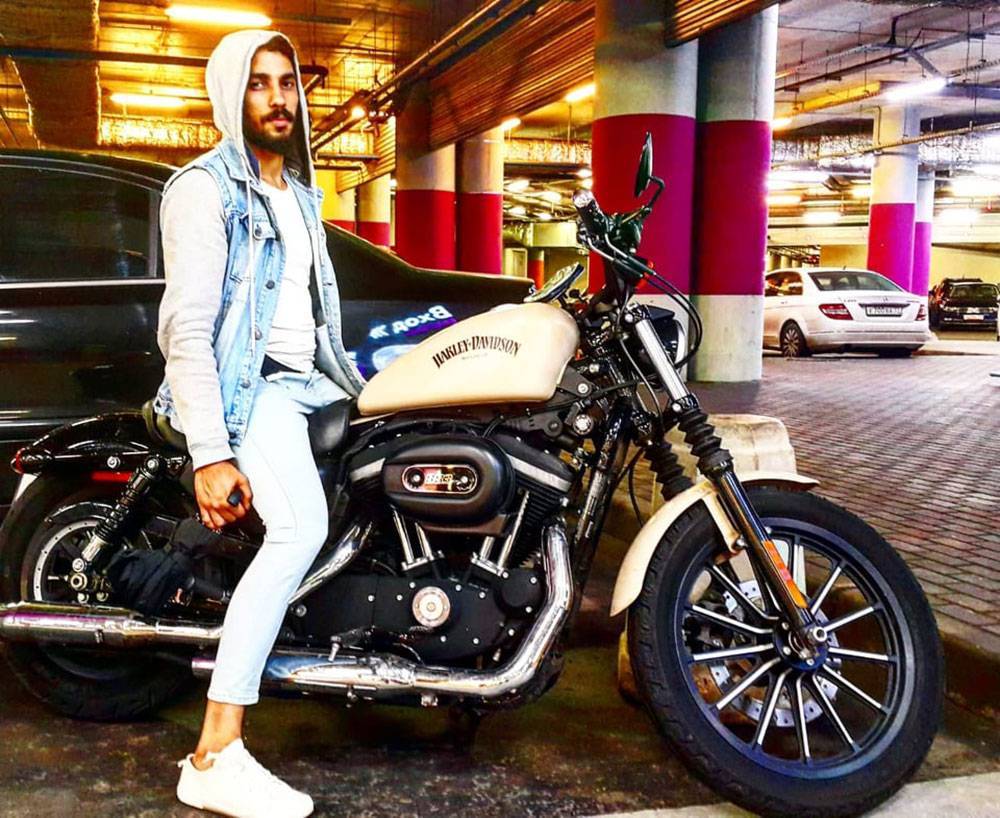 He never considered his work as a model as a profession, but as more of a hobby that he enjoyed doing alongside his main job of designing bags. He began modelling by chance, as he had a friend working as a fashion photographer who offered him an opportunity to be in a video showcasing clothes after that more offers came in.

His passion for clothing and colour coordination was his greatest motivation to enter the field: "I worked in a clothes boutique after graduation and they offered a special service called visual display meaning that when a customer came in, I would dress up in clothes so he would see what they would look like, some of them liked my opinion and taste so much that they would buy clothing for as much as 40 or 50 thousand pounds, I also would often go out shopping with friends and help them choose and style clothes”.

The young man did not encounter any issues with his family, his mother had always encouraged to adopt a unique style which was different from that of his friends and was his biggest supporter when he began to model. As for his father he was too busy with his own work as a manager. “My Dad wasn’t really paying attention and never really supported me but his only real problem was money and that I save up.”

Alam elaborates to Raseef22 that “the job requires an athletic body and appearance to show the clothes properly, an attractive face and well-groomed beard and hair” he doesn’t believe that modelling is a good main job “for me modelling is secondary to my main job, there are a lot of problems that come with it and it requires good contacts and some nepotism”. 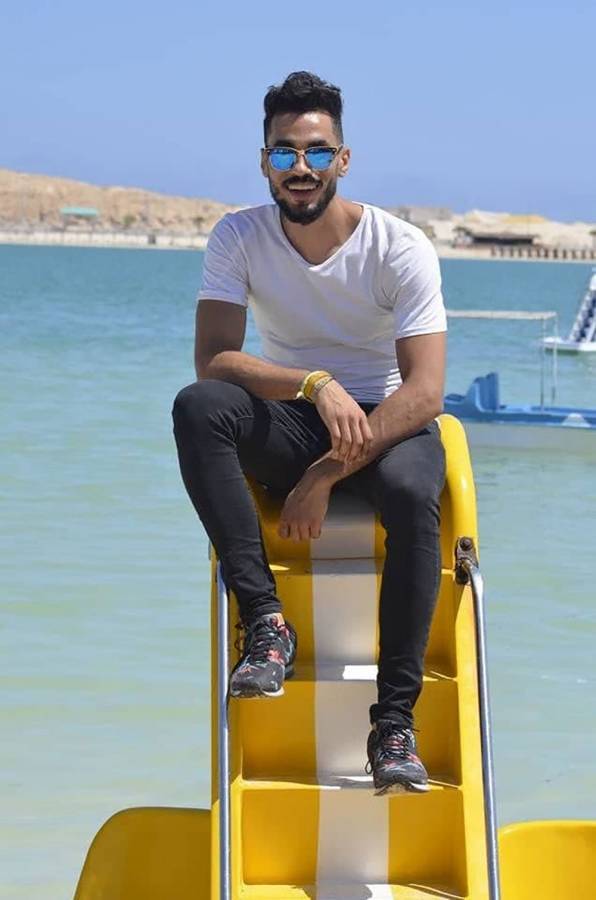 According to Mohammed, modelling has some challenges including the shooting 100 times to get one good image, so the work requires focus and is quite stressful. He has no issue with modelling swimsuits or “immodest” fashions on the contrary “there’s something beautiful about weird fashions”.

Dr Anwar Hegab, a professor of psychology at Ain Shams University told Raseef22 the wider culture in Egypt does not accept male models considering them effeminate, but some girls gravitate towards that sort of man depending on the environment they were raised in.

He points out that the religious heritage and the way of understanding the religious faith plays an important role in the formation of this view, many people who revile the profession perceive models as somehow imitating women which puts them in the category of men mentioned by the hadith which states that “God has cursed men who imitate women”

No To Modelling Underwear

Growing up in a family of moderate means, Ziad Saleem was forced to work at an early age. The now 19-year-old young man worked as a fashion photographer for more than a year after that an organizer of fashion shows asked him to work with him after convincing that his features were suitable “they told me I have good features and that I can work as a model and I found modelling suited me.” 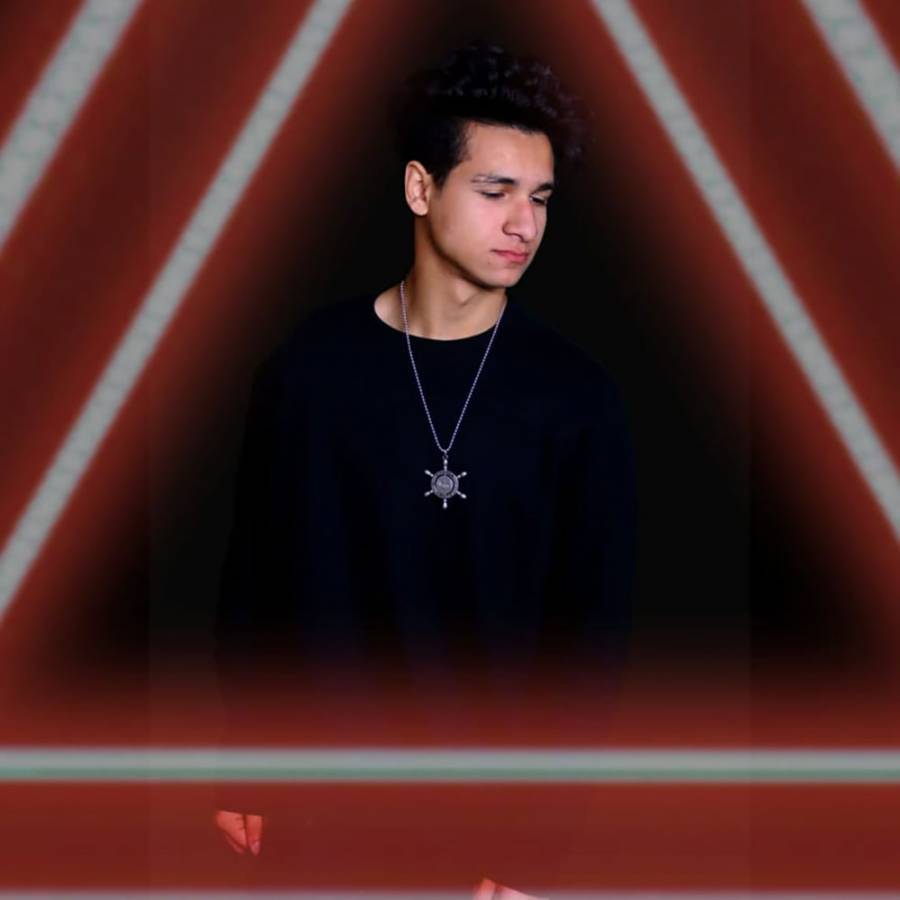 His family largely didn’t object except when it came to certain ads. For example, “I was offered a chance to model for an underwear company but my Mum refused and said how could you reveal your body like that and my father didn’t like it either while I thought it was no big deal.”

Ziad Saleem is studying at the faculty of media at Zagazig University and told Raseef22 that he likes modelling but it is connected to the media and studying “is just a hobby nothing more.”

And where there are supporters there are, of course, opponents. “Some people in the field have told me I shouldn’t model and should stick to photography and other models have told me I don’t have good hair” Many made fun of him at first as they believe male models to be “pansies and soft”. Despite the bullying and the cynicism, Saleem hopes to continue working as a model as it is a step  that could push him into the world of acting. 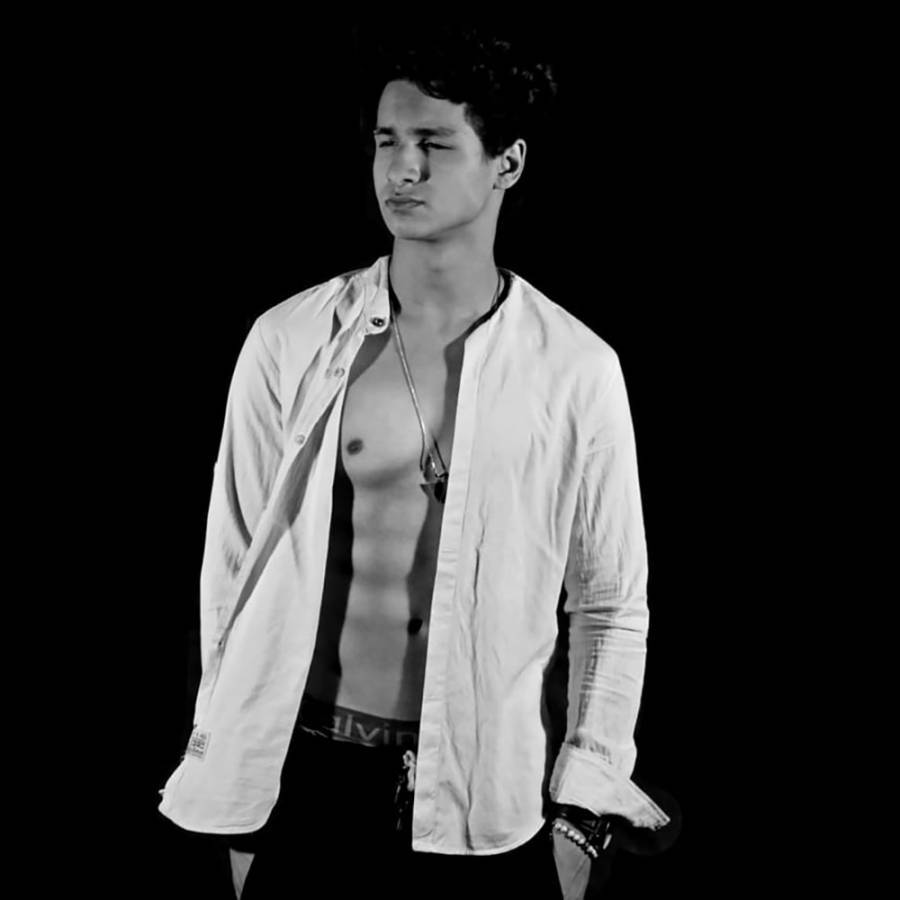 Salim is a "free model" meaning that he works for himself and on his own “whoever needs me can contact me and we agree on where we will shoot and there is a modelling agency that goes to the client who needs a model”.

He says “Girls think male models are attractive and girls who follow me on social media often send me messages that they like my work- that happens all the time.”

No Difference Between Boys and Girls

Egyptian culture doesn’t really accept men working as models. Samar, a 30-year-old woman said she would never get involved with a man working in that profession especially if he models underwear “It would shame me and I would despise him, maybe I’m old fashioned but I wouldn’t be happy if my husband was modelling those kinds of clothes, I don’t think it’s a respectable job or a job I wouldn’t be embarrassed about it.”

Ahmed, 26 says “its not a manly job” and that a man working as a model is “soft” and asks “how could he wear tight pants to make people admire him, what have men left for girls? There’s no difference between him and girls.”

Hind 28, refuses to become involved with a model “it’s an insignificant job and I need to marry someone with ambition unlike a model, it could be a side job but not their main job, it’s an aimless job”.

Dr. Gamal Farwiz, professor of psychiatry at Cairo University, points out that although Egyptian society still doesn’t quite accept men working as models as the previous comments indicate, nonetheless girls and especially adolescent girls of the new generation are dazzled by these young men and wouldn’t mind being involved with one but the rejection comes from their families who are looking for more staid “classical” men.