It is one of Egypt's most beautiful palaces – if not the most beautiful of them all – with 500 rooms and several museums home to important national treasures. It’s Abdeen Palace, inarguably the "jewel of royal palaces" in Egypt.

Abdeen is located meters away from the Mohamed Naguib metro station. Built on an area of 15 feddans, and its gardens encompass an additional 19 feddans. what is more notable about this elegant palace however is its location amidst a popular, working-class area, albeit a safe and secure one.

The palace's gate resembles a time-portal through which the visitor can traverse different important eras of Egypt's history – from the era of Muhammad Ali Pasha's (founder of modern Egypt) family and descendants, up to the July 1952 revolution which overthrew the monarchy. The construction of the palace began in the year 1863, when the khedive (viceroy) of Egypt Ismail ordered its construction after ascending to the throne of Egypt, later residing in it with his son, the later Khedive Tawfiq, followed by Khedive Abbas Hilmi II, Sultan Hussein Kamel and King Fuad I. 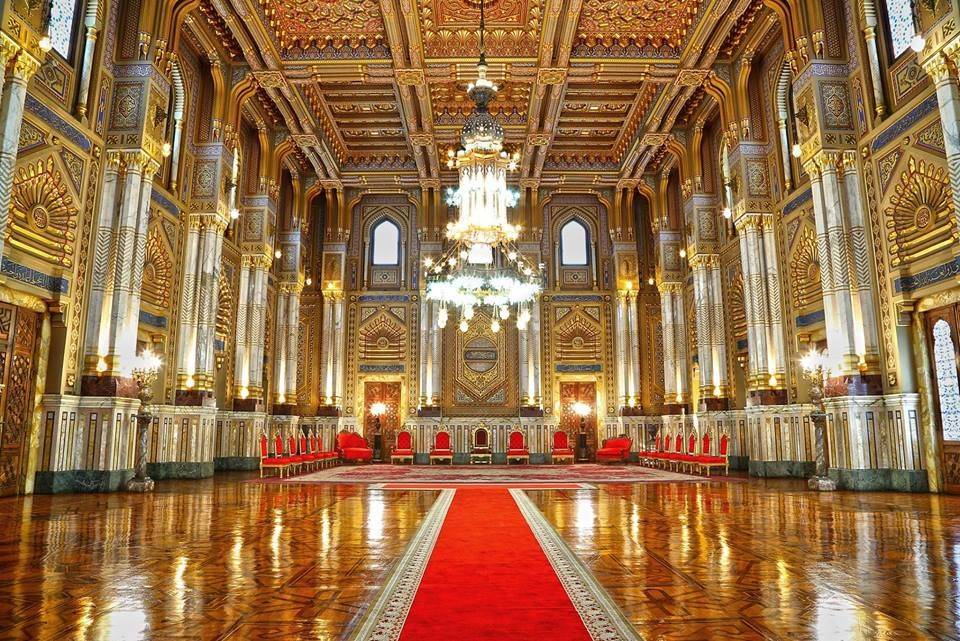 Before the construction of Abdeen, the location was home to a small palace owned by a military commander named 'Abdeen Bey.' Shortly after his death, Khedive Ismail purchased the palace and surrounding lands, and decided to demolish it and erect a new one as a seat of government – between the years 1872, when it was inaugurated and until 1952.

When commissioned by Khedive Ismail in 1863, Abdeen Palace was the most lavish new structure around the Mediterranean basin, its main gate was engraved in Paris, and its 500 rooms adorned with the most luxurious finished.

Cairo’s Abdeen Palace stands testament to the elegance and grandeur of Egypt’s ruling elite, it currently houses several museums and its 500 elegantly appointed rooms stand witness to Egypt’s lavish past.

According to Wala'a al-Din Badawi, an academic specializing in Egypt's royal palaces and museums, the construction of the Abdeen palace represented the true beginning of modern Cairo. Following its construction, an architectural renaissance emerged in Egypt generally and Cairo in particular, with Badawi telling Raseef22 that the palace comprised the first step taken by Khedive Ismail to plan the reconstruction of Cairo along a European model.

According to Badawi, Ismail's desire to rebuild Cairo as a 'modern' city saw him commission the services of the French engineer Léon Rousseau, requesting the latter to lay out the plans of the palace which took ten years to build, as well as incurring an initial cost of $40,000 – a colossal sum at the time – while the furnishings of the palace would cost another $120,000, a substantial sum assuring the grandeur of the palace. 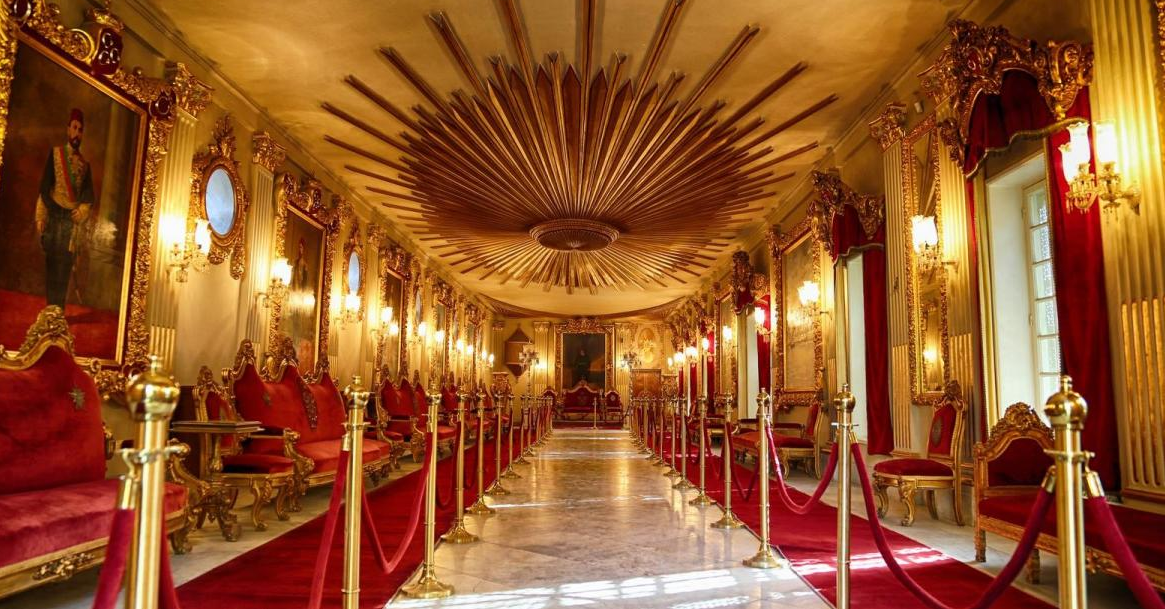 The palace is surrounded by walls and giant metal gates, as well as beautiful gardens, and overlooks a wide square, namely the famed Abdeen Square. The beginning of the palace extends from 'Bab Paris' (Door of Paris) street, which has an entrance for visitors and is a beautiful gate constructed with meticulous detail, boasting magnificent carvings and engravings. Khedive Ismail had commissioned the construction of this gate in Paris, hence the name of the gate.

After entering through Paris Gate, we reach a huge foyer, in the middle of which is a fountain surrounded by statues of Egypt's rulers from the Muhammad Ali dynasty.

Indeed, the palace resembles more of an entire city than a mere building, containing 500 rooms and five large ceremonial halls – each of which contains hundreds of artful masterpieces from around the world. It also contains ballrooms and salons, a theatre with hundreds of gold-plated chairs, in addition to some areas secluded by curtains for women – named 'Haramlak' – after the Arabic word of 'Haram' (forbidden): to denote it being off-limits to men.

The Palace has many lavish wings, including salons that are distinguished by the color of their walls; for there is the white salon with white walls, and there is also a red and green salon with the same characteristic, with all of these rooms being used to host official delegations to the country.

In addition to these salons, the palace also hosts a library containing more than fifty-five thousand books on various fields and subjects, all of which are rare and are written in many languages.

The palace also has a variety of royal wings (suites), such as the Belgian wing which was named after the King of Belgium, who was the first to reside in it, and which contains a bed which can be considered a rare artefact in itself, with spectacular hand engraved decorations.

Abdeen palace houses several museums, including the war museum which consists of several halls housing rare collection of weapons, devised by skilled manufacturers from across the Islamic world and Europe from different eras.

There is also the museum of decorations and honors (i.e. medals, badges, orders, etc.), and the museum of silverware, which host a variety of medals and accolades conferred by the royal family, as well as objects and instruments made of silver, crystal and colored crystal, in addition to other rare artefacts manufactured in Egypt and other countries.

Furthermore, there is the museum of historical documents, that contains a large archive of rare documents which tell the story of Egypt's historical evolution, since the assumption of Muhammad Ali Pasha of the country's throne in 1805 up to the end of the reign of King Farouk in 1952.

Between the museums are corridors decorated with paintings of French artists, depicting scenes of war and the evolution of Egyptian military costumes over the ages – in addition to photographs of the royal family and a picture of King Farouk's wedding, endowments which make even the palace's corridors a museum of art in itself.

Finally, the visitor can also enjoy a drink in one of the gardens, as kings, princes and princesses did in eras gone, with a café styled on the royal fashion offering hot and cold drinks for reasonable prices – as though the visitor concludes their visit by linking the present to the past, taking Abdeen out of the silence of the palaces to the noise of everyday contemporary life.