Over the past several years, the Houthi movement in Yemen was able to launch a series of aerial attacks using drones, ballistic and heat-seeking missiles against Saudi Arabia. Despite claims by Riyadh and Abu Dhabi that the Saudi-led Coalition was able to destroy 80% of the Houthis weaponry, the Houthi ‘Ansar Allah’ movement insisted at repeatedly that it was working on developing ballistic missiles, drones and other weaponry that would decisively turn the tide of the war in its favour.

So what sort of technical and manufacturing expertise do the Houthis have? And are these weapons produced in Yemen, or are they smuggled in?

On one hand, the Yemeni government - as with the Saudi-led ‘Arab Coalition’ - deny that the Houthis have the capacity to manufacture ballistic missiles and drones, accusing Iran of trafficking the weaponry to them.

“This group can never, according to all the military, technical and material standards, be able to manufacture advanced weaponry; states do not have that capability, so what of primitive and backwards groups that know only how to manufacture death?” says the official spokesman for the military axis of the Ta’iz province, Colonel Abdel Basset al-Bahr. 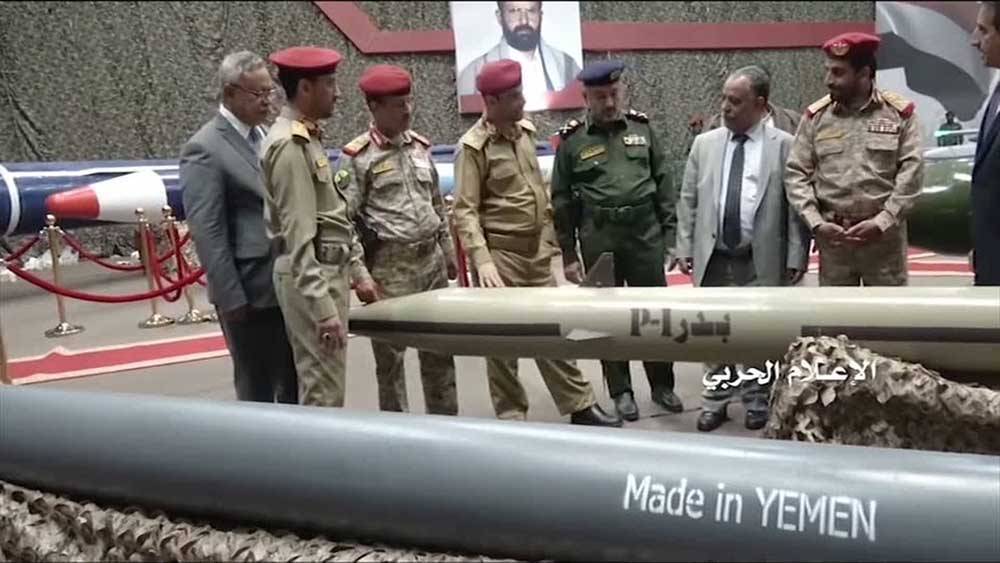 Al-Bahr affirmed to Raseef22 that “these weapons come from outside of Yemen as parts before being assembled inside the country, while in other cases parts are imported to further develop missiles already in Yemen which were delivered to the Houthis by the former [Saleh] regime.”

On the other hand, the Houthis fully reject the existence of arms smuggling from Iran and Hezbollah into Yemen.

Accordingly, the spokesman for the Houthi-controlled Yemeni airforce, Brigadier-General Abdullah al-Jafari, told Raseef22: “The weapons were developed inside the country with Yemeni missile experts who were educated abroad in military delegations before the fall of the Saleh regime.”

al- Jafari added: “During the past three years, the ‘Ansar Allah’ movement manufactured several long, medium and short-range missiles as well as drones for spying and bombing missions, and developed them inside Yemen to the extent that they can reach long distances and carry the largest load of explosives.”

al-Jafari noted that the Houthis were able to rely on the military expertise of the Yemeni military, after taking control of the state in 2014, as well as benefiting from an arsenal of weapons and ballistic missiles held by the former regime.”

“The movement used the information available on the internet in manufacturing weaponry” al-Jafari added, while denying the presence of Iranian experts inside Yemen, or the receipt of any Iranian support whether in smuggling weaponry or in manufacturing and developing them.

al-Jafari’s opinion was confirmed by Hussain al-Bikhiti, a political analyst close to the Houthi movement, who pointed to the strategic arsenal formerly held by President Saleh and which the army and popular committees have worked to replicate and develop through hundreds of military personnel who studied in the US, Russia, China, South Korea and Ukraine under the Saleh regime.” 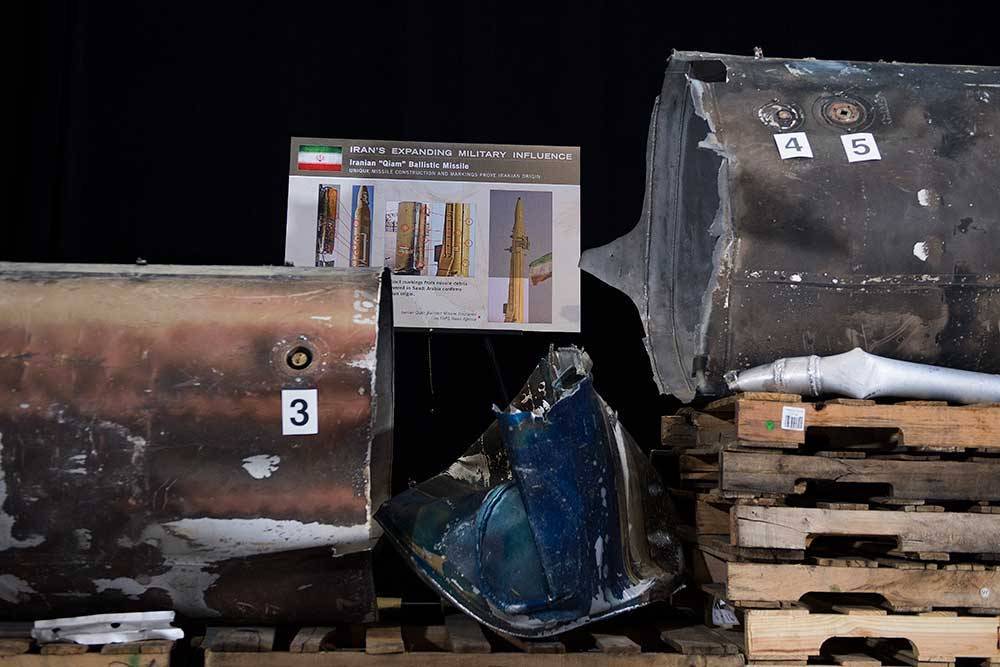 Meanwhile, according to the Yemeni military expert Ali al-Dhahab, “the Houthis were able to develop weapons to the extent possible with Iranian, Iraqi, Palestinian and Hezbollah support.”

In his conversation with Raseef22, al-Dhahab further denied that the weapons revealed by the Houthis in a recent military fair are real, saying that they are “just skeletons [structures] of ballistic missiles and drones put together to boost the morale of the Houthis.”

A complete guide to the weapons smuggling operations in #Yemen: Both sides of the warring factions present their views to Raseef22 in this challenging landscape.

The Saudi-Emirati Coalition claims having destroyed 80% of the Houthi arsenal, but these refute this claim and show off new drones and missiles in a recent muscle flexing exercise. Where do the #Houthis stand today?

On the other hand, al-Dhahab admitted that it was not necessary for foreign experts to be present inside Yemen; with internet capabilities including direct communication and the transmission of live scenes, it is easy for the group to develop weapons and assemble parts smuggled into Yemen.

Nonetheless, the Deputy Chief of Staff in the Hadi governmnt and commander of the Coalition’s joint operations in the province of Hodeida, Major-General Saghir bin Aziz confirmed the presence of Iranian and Hezbollah experts inside Yemen, who he says “had entered Yemen with Syrian passports before the outbreak of the war.”

Along the same lines, al-Bahr spoke of the presence of experts from the Iranian Revolutionary Guards and Hezbollah who entered Yemen early on, adding that Houthi personnel were trained in the southern district of the Lebanese capital Beirut, Iran and Syria during the past few years.

al-Bahr further added that several Iranian and Lebanese experts were arrested, only to be immediately released by security forces after the Houthi movement seized control of the capital Sana’a. 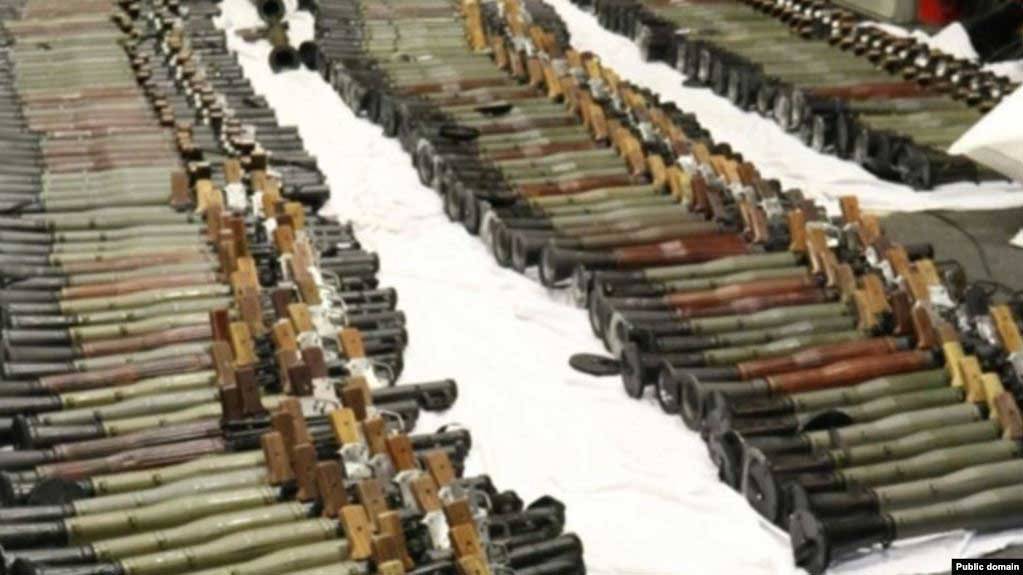 When asked about the range of missiles possessed by the Houthis and the type of explosives that can be delivered, al-Dhahab explained that the group has worked to lighten the load of explosives carried in missile-heads and drones in order to reach the longest possible distance.

al-Dhahab added that the missiles and Houthi drones launched from the Yemeni border towards Saudi cities are able to reach the targeted areas, but without causing major explosions, as was the case during the past few years - instead stating that their main value lay in psychological warfare and to give an impression that the Houthis possessed strategic weaponry.

The Houthi Arsenal… Heavy With Spoils

Before the outbreak of the war in Yemen, the Yemeni army was the fifth strongest Arab army, possessing a huge arsenal. Arms-trading further constituted a profitable area for the military, in addition to the fact that there are barely any homes in Yemen which are devoid of a weapon. All of these factors provided the Houthis with a large quantity of weaponry to draw on.

Here, al-Dhahab pointed out that the Coalition destroyed 80% of Yemen’s known weaponry - however, former president Saleh also possessed secret caches which the Houthis acquired after his death in 2017.

Meanwhile in an investigative report by Al-Jazeera, the Defense Minister in the Hadi government, Lieutenant-General Mohammed al-Maqdashi, revealed that the Houthis had started assembling weaponry following the Yemeni revolution in the 1960s that overthrew the Imamate which had ruled the country previously.

Furthermore, during the Sa’dah War between the Houthis and the former regime of Ali Abdullah Saleh, which continued for six years (2004-2010) and is also known as the “Six Wars”, the Houthis were able to capture spoils of a variety of weaponry from both the Yemeni and Saudi armies, as Brigadier-General al-Jafari told Raseef22.

Smuggling Weapons to the Houthis

Amidst continued accusations by the recognised Yemeni government that Iran is smuggling weapons to the Houthis, a number of questions of how such weapons entered Yemeni territory in the midst of a land, sea and aerial blockade imposed by the Coalition.

According to Osama al-Shermi, the representative of the Ministry of Information in the ‘legitimate’ government, “there are many ways to deliver [weaponry] to the Houthis, either through migrants from the Horn of Africa or smugglers and drug-dealers.”

In his conversation with Raseef22, al-Shermi added: “Iran began smuggling weapons to the Houthis when it adopted the idea of exporting revolutions, and saw that it should create incubators for its agents in several Arab countries, such as Lebanon, Iraq, Syria and Yemen.”

Meanwhile, Deputy Chief of Staff in Major-General Saghir bin Aziz also affirmed that Iran has been smuggling weapons to the Houthis since an early time, through arms-dealers as well as certain personnel and officials loyal to the group within the Yemeni state.

bin Aziz added that the security vacuum after the 2011 revolution also provided the Houthis with a golden opportunity to smuggle weaponry into the country, especially fuel for missiles.

This was confirmed Colonel al-Bahr, who pointed to the seizure of ships and cargo of weaponry both before and after the 11th of February revolution, affirming that smuggling took place through traffickers and arms dealers who exploited certain security breaches to enter the weaponry into the country. He added: “Following the Houthi seizure of the capital Sana’a, the group established an air-bridge between Tehran and Sana’a, and heavy quantities of weaponry were imported.”

al-Bahr proceeded to state that Iran’s activities in smuggling weaponry to the Houthis intensified in the past few years, exploiting a number of illegitimate methods and through various entry-points and areas under a series of different names - importing weaponry through parts and materiel that are employed in various industries or have different usages.

al-Bahri also accused Iran of using aid and relief ships as well as airplanes carrying medical equipment to smuggle weaponry to the Houthis, while adding: “These [parties] were able to exploit the narrow and mistaken calculations of some internal and external parties in the Coalition and Hadi’s government.”

al-Dhahab described the smuggling of weapons’ parts, missiles and drones as taking place over a long period of time, through small quantities and various routes and methods, including what he described as the “ant method” - which relies on individual transfers of parts and weapons through naval, land and aerial entry-points.

al-Dhahab also attributed the continued smuggling of weaponry to the Houthis to the disagreements between the recognised government and the UAE and Saudi Arabia - as well as the fact that Yemen’s coastal strip extends to 2,500 kilometres, which makes it difficult to fully monitor and police the smuggling process.

The Harems of Egypt in the Eyes of an English Voyager