Nadia Jalal, a 17-year-old Yazidi girl who survived the Islamic State’s rampage through northern Iraq, is still waiting for her mother.

A resident of the Kubratu refugee camp in Dohuk, she is skeptical of the value of a new law being debated by the Iraqi parliament that will compensate her co-religionists for what they suffered under the terror group.

"We do not need a law as much as we need the return of our abducted families".

"We do not need a law as much as we need the return of our abducted families,” she told Raseef22. “Give me my mother and do not include me in a law. The law will not bring my mother back to me.”

Nadia, who survived abduction by ISIS until her release two years ago, still believes that she has not been liberated yet, despite now being with her siblings and father. The family does not know the fate of her mother, whose abduction by the group in 2014 along with thousands of Yazidis still gives her nightmares.

The Yazidi survivor’s WhatsApp status is the words: “My mother's absence pains me.”

“The government has not moved yet to free the abducted Yazidi women,” she said. “My mother is still kidnapped and I have no idea about her fate,"

She added: "It is good to have a law to compensate Yazidi survivors financially, but at the same time we need psychological support and social reintegration, and to hold accountable those who have committed violations against us."

The Iraqi parliament is considering a draft law submitted by the president, which compensates survivors who were abducted in August 2014 when ISIS invaded Sinjar, the ancestral homeland of the Yazidis.

"The draft law aims at compensating the survivors financially and psychologically rehabilitating them and providing them with a decent life, in addition to providing the means to reintegrate them into society and rehabilitate the infrastructure in their areas,” a statement by the presidency said.

The Speaker of the Iraqi parliament, Mohamed Halboussi, said: "The parliament intends to pass the Yazidi survivors' law in order to remedy the painful circumstances of their kidnapping and to ensure their recovery from physical and psychological injuries and end their suffering."

What does the bill include?

The draft law includes the establishment of a general directorate for the welfare of Yazidi survivors, and which is directly linked to the General Secretariat of the Federal Council of Ministers in Baghdad and is based in Nineveh governorate, where the largest number of Yazidis live.

The work of this Directorate will include gathering data on the survivors, providing shelters and housing, educational opportunities for them and their children, helping them find jobs, as well as the opening of health centers and clinics for their psychological, social and professional rehabilitation. 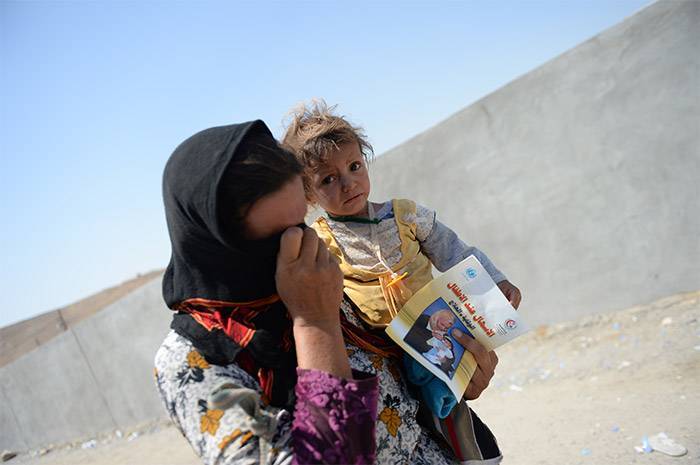 "The bill is a step in the right direction to redress them as a wronged minority,” said Saeb Khader, a Yazidi MP and member of the legal committee of the Iraqi parliament. "Most of the articles are good, but it would be better to add a segment that expands the rights of the Yazidi survivors and guarantees the rights of all Yazidis."

He added: "When the bill reaches the legal committee, we will study it and we will involve the relevant advisers in the presidency, and the political blocs should work to aid this project to grow and contemplate it in a humane way”

The problem of the ISIS children

One challenge faced by Yazidi survivors has to do with their children, specifically those who were conceived with ISIS members. Article VII of the draft bill says the legal status of children born to mothers who survived enslavement by the terrorist group will be in accordance with existing law.

This has caused controversy, as the national state identity card law states that "the son born to a Muslim father is a Muslim regardless of his mother's religion" and “illegitimate children will also be considered Muslim.”

"How can women raise children from people who raped them, tortured them and killed them?" said Yazidi activist Fares Keti. "These are the children of Daesh fighters. Who can accept that?”

He added: "According to the information we have the number of women who have given birth to children conceived with Daesh fighters are about 20. We are now preparing a proposal but we have not reached a conclusion. We may propose that a European country register these children there under their mother’s names so they can be registered as belonging to the Yazidi religion.”

Keti said the legal status of the children ought to have been addressed within the draft bill, a proposal that Yazidi activists are pushing for as part of the public debate around the bill. 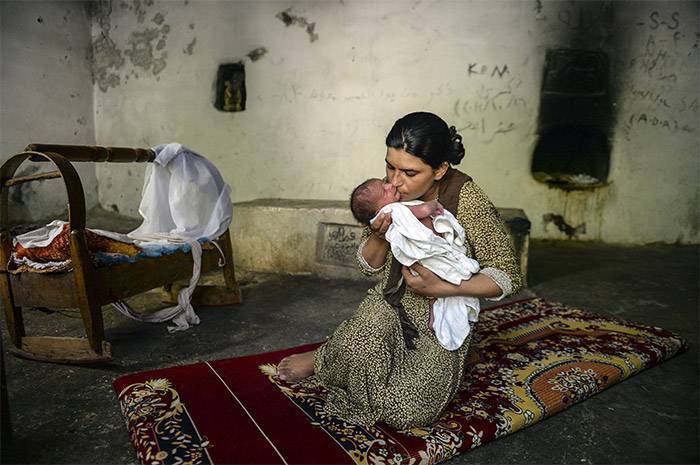 "The bill has granted the survivors a high ceiling of rights and attempts to redress the victims and prosecute the perpetrators in the context of recognizing that what happened to the Yazidis is a genocide, that does not fall into the statute of limitations, which is an important thing for victims’ rights," said Saad Salloum, a researcher who studies minority issues.

“Widespread public sympathy will prevent any political bloc from opposing this law and it will not face great difficulties in approving it, if the draft remains the same or is amended, but the problem remains in its implementation and not in its approval," he added.

According to Salloum, the law includes survivors that belong to other minority groups like Turkmen who will also be compensated similarly. The draft bill grants survivors a monthly stipend of at least $340, in addition to a piece of residential land or housing unit free of charge.

The law allows survivors to go back to school regardless of age and gives them priority in government appointments, and guarantees that the perpetrators will receive no amnesty or pardon.

"This is the least that the government can provide for survivors, but it must be implemented without delay or impossible conditions,” said Nazik Barakat, a Yazidi activist. “The survivors need desperately to improve their living conditions and return to society in a way that vouchsafes their dignity and financial security.”