In an article published on March 8 by Foreign Policy magazine entitled: "The Arab Spring is not over yet," Abdel Rahman Mansour wrote that "the spirit of the Arab Spring is still alive as the great protests in Algeria and Sudan have shown."

In the opinion of one young Egyptian man who shared his thoughts on the “We are all Khaled Said” page, which called for the January 25, 2011 protests: ”The Arabs continue to build on the first wave of Arab uprisings in 2011… the emergence of new waves of protests every few months proves that this grassroots movement that began eight years ago is still inflamed and will not end soon."

Mansour's assessment is not isolated. The demonstrations of Sudanese and Algerians rekindled enthusiasm for some young Arab dreamers. They declared that the "Arab Spring" was continuing, in the sense that the Arab regimes could not prevent the emergence of demonstrations that saw protesters once again raise the slogan of "the regime must fall." 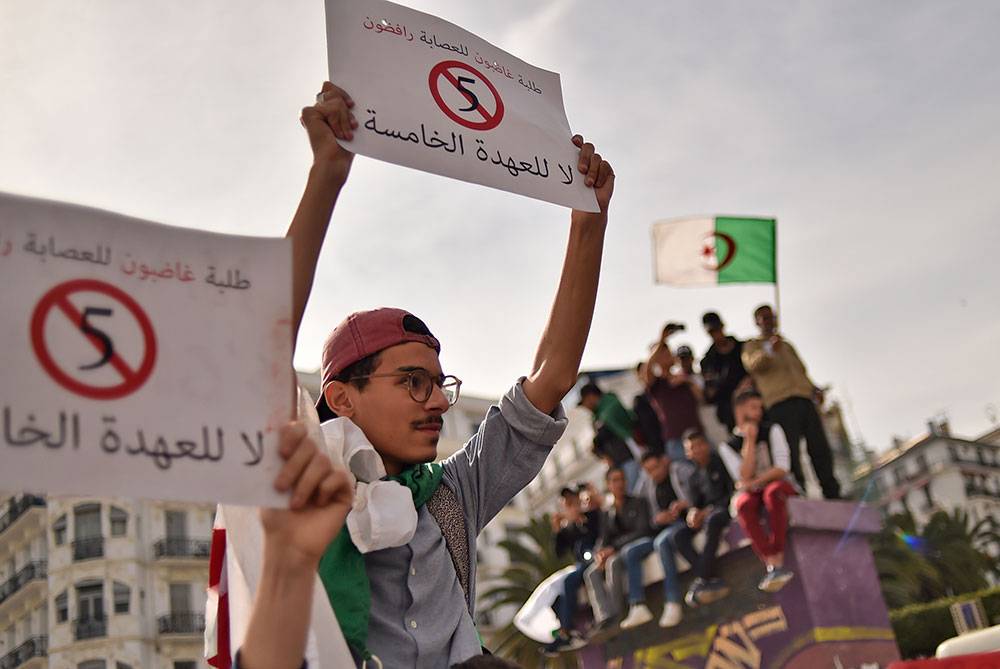 Has the "Arab Spring" really returned? Many people like to say that. There is no way to vent a feeling of helplessness, which is unfortunately the reality of most young Arabs, only by hanging on loose slogans that carry their wishes and desires. The concept of the "Arab Spring" somewhat mirrors public religiosity now: the belief that everything that happens is good, and the end will be joyful.

Omitting to read deeply into an important stage in the contemporary history of the Arab countries is a failure to understand what happened between 2011 and 2013, and will mean the failure to learn the lessons of the experience shared by several Arab countries, especially when mixing the popular protests with a leftist heritage present in the thinking of many which promotes the belief that the future will always be better than the past.

Starting point ... What is the "Arab Spring"?

The Arab Spring is not linked to the idea of ​​popular protests. These are things that happened before it and things that happened after it and will continue to happen as long as there are reasons to provoke the resentment of large or small segments of the citizenry. At the same time, it is linked to the emergence of popular demonstrations calling for freedom and human dignity, demands that sometimes rose to calls for "overthrowing the regime."

But is this alone enough to talk about continuity, and a single context?

One of the characteristics of the "Arab Spring" is that it is Arab. The demands of the demonstrators focused on national issues that did not cross borders, and yet the Arab Spring was not a local phenomenon, but an oppositional current that could be extended and crossed borders to strike at different Arab regimes, i.e. it had a domino effect.

One of the characteristics of the Arab Spring, which is linked to the reasons for its failure, was that it was based on dreams and not grounded in reality. The participants did not distinguish between the flexible slogans that can be written on Facebook and Twitter and the mechanics of political action in the real world. There was a childish expectation that there would be change on all levels without a new vision and without political programs and without leaders who were ready to take power, even though these are conditions for the success of revolutions.

Those who sought change coalesced around elastic and poorly-defined demands, which allowed Islamists and Trotskyites to share the squares. The lack of understanding of the nature of corrupt, authoritarian regimes became apparent, which was soon expressed in the epidemic use of the term "deep state", one which has the power to both interpret reality and also to obfuscate it.

Lessons of the Arab Spring

Because of the domino effect of the Arab Spring, the Arab regimes were terrified that they were next, and sought the cooperation of regional non-Arab regimes to defend their own.

Even if the different countries’ launching points were different, the war launched by the Syrian regime against its citizens, the intervention of the Peninsula Shield force in Bahrain, the regional interventions that led Libya and Yemen into chaos, and the counter-revolution of the Egyptian army and Abdul Fattah al-Sisi, these events defined the boundaries of two eras: the era of dreams and the era of reality.

Many circumstances have changed since then. The issue of the choice between Islam and a civil state, a problem whose magnitude was diluted by the Arab Spring’s all-encompassing slogans in a manner that helped the alliance of the Muslim Brotherhood, the nationalists and the leftists against the candidate of the "old regime" in Egypt in 2012, has now returned to prominence and has dominated the agenda of all the countries. This alone defines a fundamental difference between the two stages. 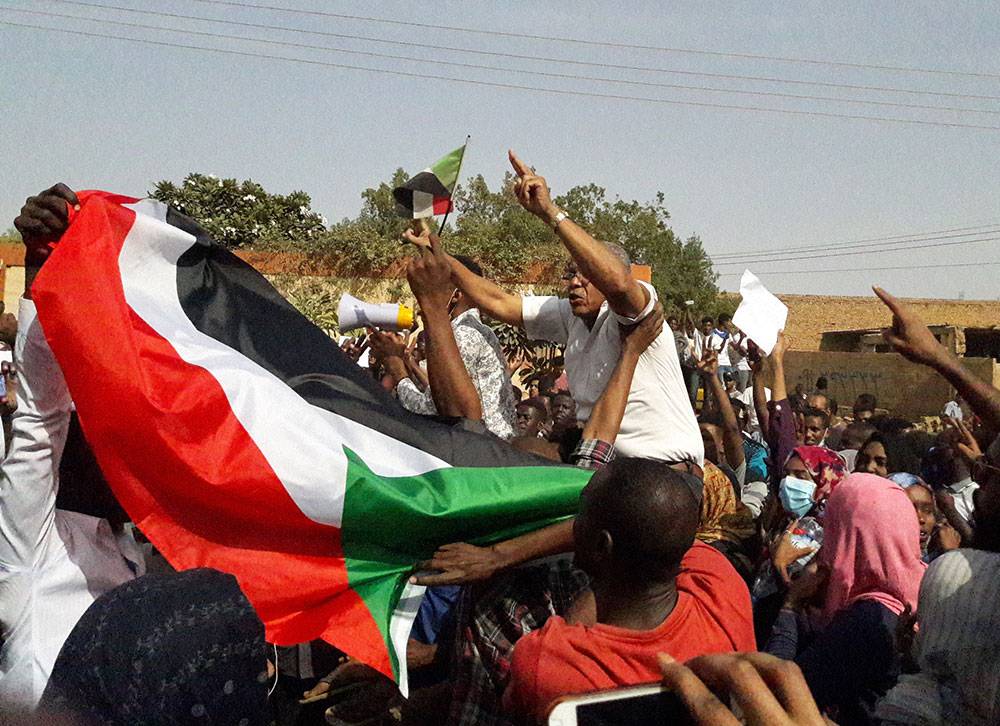 Moreover, it is clear to those who wish to understand this fundamental stage of our contemporary history that the regime is not the actual ruler, in the sense that any authoritarian regime does not collapse with his demise, and that there are outsized roles played by the institutions of the army, and that the majority of the Arab populations refuse to bear the cost of the “birth pangs” of change, which reinforces the old debate about the extent to which the success of a revolution is linked to the existence of a large middle class.

The forces and groups agitating for change are also very different in how they define a better future, and this has become clear in the course of the attempts to develop very general slogans into concrete demands.

It also shows that there is a huge gap separating those who speak for the demands of the revolutionaries and the people, except in the case of the Muslim Brotherhood, who have their own private communities within the wider Arab societies, which means we have a wide swathe of people with unclear and constantly shifting demands – easy prey for manipulation by the powerful.

What is happening now?

On December 19, 2018, popular demonstrations were launched in Sudanese cities against a backdrop of rising commodity prices, which quickly escalated to include the deterioration of the country's conditions at all levels. They continue to propose that Sudanese President Omar al-Bashir step down.

Two months later, on February 22, Algerian protests against the "fifth term” began. The number of protesters increased, and Algerian President Abdelaziz Bouteflika announced on March 11 that he would withdraw his candidacy for the upcoming presidential elections.

The Algerian movement in particular, after they achieved this symbolic victory, revived the idea of ​​the "Arab Spring" in the minds of some dreamers. They saw continuity of a path that they believed was closed or now very distant.

The Sudanese movement began to revive the same idea to a lesser extent, even though the demands of the Sudanese demonstrators indicate, more than their Algerian counterparts, that they learned from the experiences of the failure of the Arab Spring revolutions. They at least do not distinguish between al-Bashir and the army as part of the regime.

In Algeria, what is happening brings us back to a point that many have not been aware of in previous years. The Algerian people have a high level of trust in the army, which turns this institution into the player who is best able to control the future of things, which will soon emerge in the discussions during the transition which will precede a new date for presidential elections.

In disunited Arab societies which are split over sectarian and tribal fault lines, military institutions have the image of a neutral and wise party, a role that only constitutions must play in democratic systems, and what those who want change must remain aware of.

What we have gained from the Arab Spring is the clear and increasingly prevalent idea that the old regimes are no longer palatable, and the certainty that they are unable to achieve freedom, political participation and economic development, an idea that already existed since the demise of pan-Arabism after the 1967 war. The big societal questions have been posed and have a popular dimension now, rather than simply being the domain of the elites, but change requires the birth of forces that have answers and a vision.

Then, and only then, a new stage of change may come to be, that has greater awareness than the Arab Spring stage, and it does not matter if some insist on linking them for nostalgic reasons.

What is next for Algeria’s protest movement?

“We want justice”: what are the demands of Algeria’s protest movement?