There was a time when finding pornography in the Arab world meant going to a shady side-street VHS tape vendor, casting a furtive glance over one’s shoulder, and casually inquiring as to whether there were any “cultural” films on sale. Today, as the Internet and smartphone technology continue to make inroads across the 22 Arab countries, sourcing porn no longer represents such a problem, nonetheless, the stigma endures. And while across the region a host of political and social issues are increasingly being called into question by a society hungry for change, discussions about pornography – and sex and sexuality generally – remain firmly taboo. The Arab world undoubtedly has a mixed relationship when it comes to the Internet’s vast treasure trove of adult material. A recent survey conducted by Northwestern University in Qatar found that, from a sample of 10,000 respondents across eight Arab states, the majority was in favor of tighter Internet regulation. Meanwhile, the regular cautionary tales fabricated by local media wheel out a motley selection of "experts" who warn that viewing explicit images will lead to a rise in mental illness, violent crime, and the spread of “sexual deviancy”, for which read homosexuality. 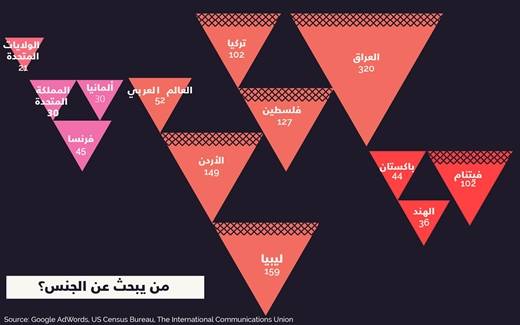 It also seems to be the case that viewing porn in the region is not simply big in absolute terms, but also relatively to all other things people search for. Data obtained from the Internet analytics company Alexa shows that adult-themed sites account for seven of the 100 most visited websites in the US, a figure that is trumped by at least six Arab states – Algeria, Iraq, Lebanon, Libya, Tunisia, and Yemen. Meanwhile, Google Trends, which shows how many searches for a particular keyword are made relative to all searches on Google, suggests that people in the region are more likely to search for “sex” than almost anywhere else in the world, with the exception of the Indian Sub-Continent. 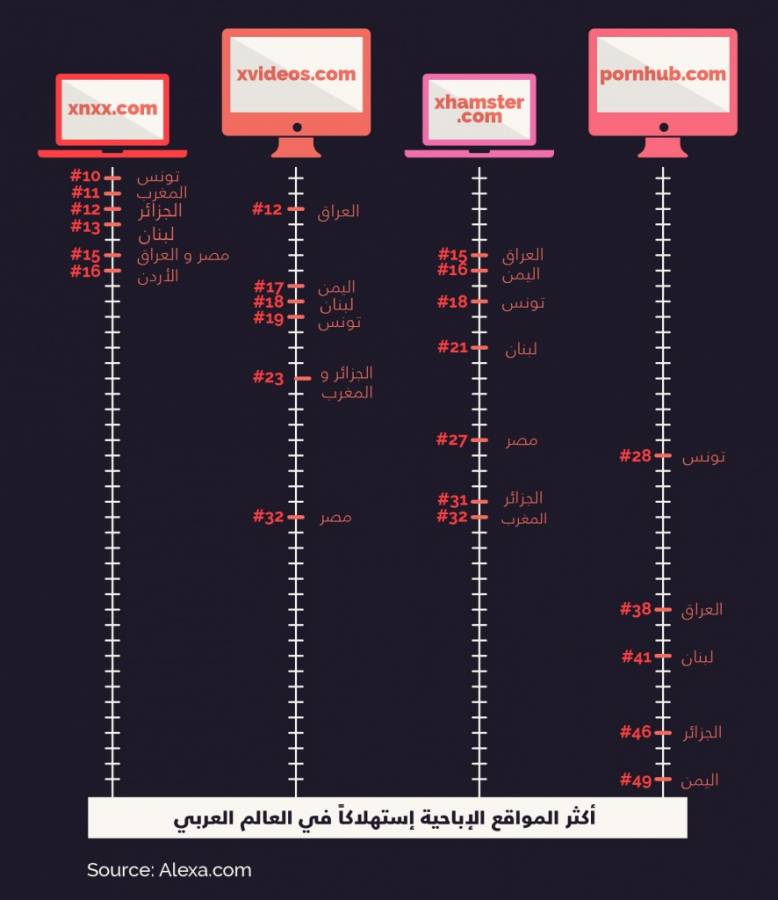 Internet statistics also provide an insight into the variation in porn searches between Arab countries, and suggest some interesting regional viewing preferences. While Egypt, the most populous Arab country, seems to be the biggest consumer of Internet porn in absolute terms – with 44% of the region’s Google searches for a selection of explicit terms – Iraq and Libya score highest on a per user basis. Iraq, for example, sees an average of 84 Google searches per 100 Internet users each month for a range of different keyword searches related to sex films and pictures, while Libya averages around 54 searches per 100 users. On the other end of the spectrum, just five searches for the same terms are made per 100 users in Morocco, along with seven per 100 in both Mauritania and Oman. Even more revealing is the breakdown of the actual keywords people are searching for. While fairly generic searches for “tits” (including البزاز) and “lesbians” (including السحاق) amount to around 895,000 and 718,000 times per month (with the highest number on a per user basis again coming from Iraq) more extreme fetish keywords appear to be far more popular. Searches for “animal sex” and “incest” (in both English and Arabic) occur on average 1.03 million and 1.18 million times per month across the region, equating to more than one search per 100 Internet users. 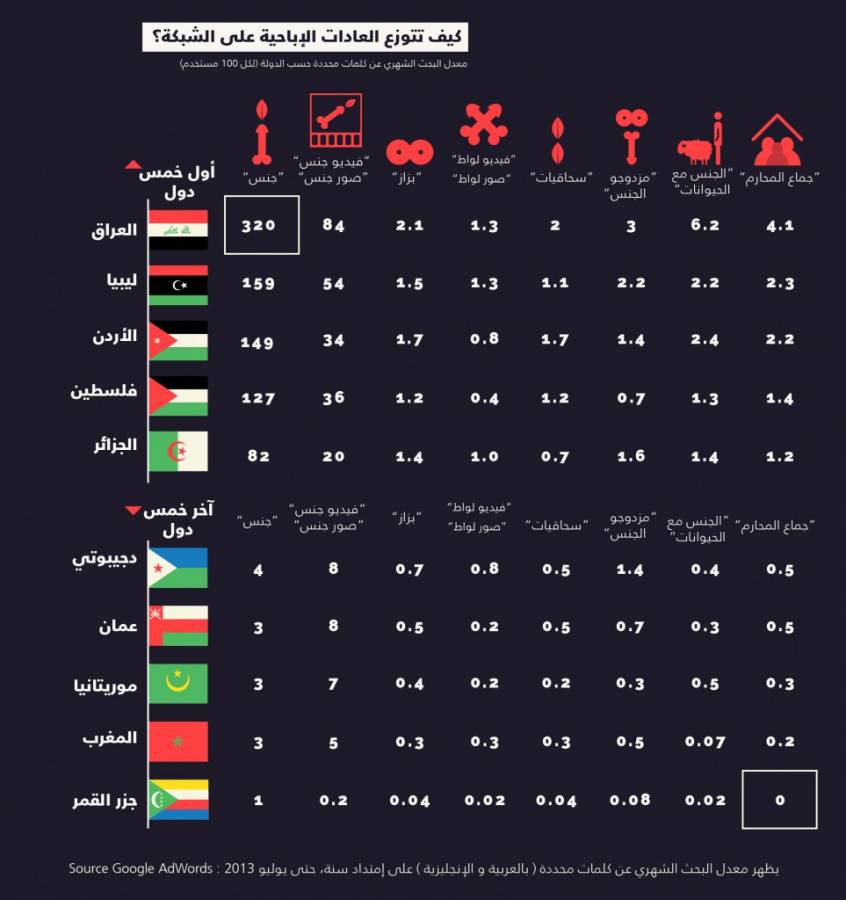 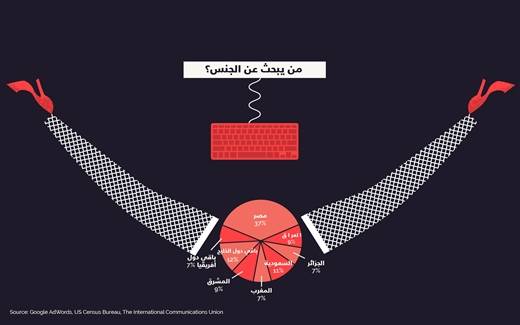 William is a political analyst focusing on Syria and the wider Middle East. He studied Arabic and Middle Eastern Studies at the University of Cambridge and has lived and worked in Damascus and Beirut. Marwa Boukarim, is Graphic Designer "with a special liking for organizing information and making it look pretty." You can check Marwa's work at www.marwaboukarim.com.

Islamic Scholars on Yazid’s ِAssassination of al-Husayn, the Prophet’s Grandson